I came across this and it hurts my head so I have to share it,

I came across a book that goes into much more detail but starts off on the opening 4 pages with this argument, me and my friends talked about it for over an hour yesterday checking to see if it is true, and every single detail checked! As scary as this is for me to admit, I think that my Atheism might be in a little bit of trouble, what do you think? Here is a link to the crazy book,

Out of curiousity - why are you an atheist?

I’d like an answer to this first before I start discussing with you the idea you posted.

Atheism, for me, means that I am not even sure how to define “God”, and if I can’t really define “God” then I have to say that I don’t know if he exists. I’d rather say “I don’t know” than have faith in a God I can’t define.

Well - it’s been an hour and no reply. Hmmm

The word physics comes from the Greek word ἡ φύσις, meaning “nature”. Physics can also be defined as “that department of knowledge which relates to the order of nature, or, in other words , to the regular succession of events”.

Atheism, for me, means that I am not even sure how to define “God”, and if I can’t really define “God” then I have to say that I don’t know if he exists. I’d rather say “I don’t know” than have faith in a God I can’t define.

You can’t even define the word “physics” without fucking it up or the last name “Newton”.

Your god, once you define I assume it’ll be a him will be as fucked up as your first post ponderings. Lol

I just thought of something!

666 is the molecular composition of carbon. We are a carbon based life-form that makes up 1 person.

You’re answering as if what that book says is easy to counter, but I noticed you didn’t directly address what the book says, what do you think about “Phy6 is proven to be fake because ‘Phy6’ began in ‘The Year Of 1-ders’ year ‘1-666’ when ‘NewTon’ made his ‘New’ law of ‘Ton’”?

think about “Phy6 is proven to be fake because ‘Phy6’

I do not accept this definition. It is non-sense and has no meaning - aside that it looks like some millennial shortened the word so he could text his friend

Learn to SPELL his full name

Carbon - Carbon is a chemical element. Its atomic number is 6 ; its atomic weight is 12.011. It is a group IVA element, residing between boron and nitrogen on the periodic table, and it has 6 protons , 6 neutrons , and 6 electrons .

You’ve made a claim.
Evidence it.
YOU - you can post a picture of certain passages from your book to

“help you” BUT you have to debate. It has to be from you and the best evidence that actually isn’t twisted word play

“Phy6 beginning in year 1-6-6-6” is what? Just coincidence to you? That in that year “NewTon” created his “New” law of “Ton” is spelling the Name right, the Number and the Name is too much to overlook that is why there is a little fear in your responses because truthfully this is scary.

No fear. You’re projecting. I am mocking you. 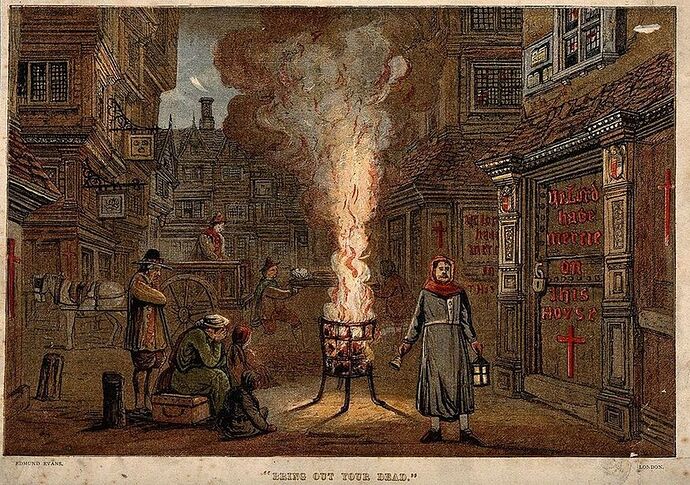 Historical events from year 1665. Learn about 28 famous, scandalous and important events that happened in 1665 or search by date or keyword.

If your claim is exactly what you have written, it has no meaning in reality. It is your imagination.

You just said “Physics began in the year 1666 is true”, so we both agree on that, you then try to skip over the “six” sound in “Phy6” and the 3 times that sound appears in “1666” as if there is no problem, explain in detail how it is supposedly not a HUGE problem that “Phy6 began in year 1666”.

Are you incapable of comprehension??? Lol - here let me highlight it…

You didn’t reply at all to the last comment I wrote and I can understand why but I’ll just put it again and see if you avoid it again, you obviously avoided it because it is very difficult to actually talk about, here is it again…

Read my posts - I’m grocery shopping. If you misrepresent my words again… I will respond in like. Got it?

LMAO that was a funny dialogue you two just had. That made my day

You must have some weird eccentric definition of “physics.” “The study of physics is generally recognized to be quite old but there
are differences of opinion as to how old. Some would argue that physics
began in Western Europe during the Renaissance with the work of
Copernicus, Galileo, Kepler, and Newton. Others would trace the
beginnings back to the early Greeks and credit the Ionian, Thales, with
being the world’s first physicist. Still others would cite the even older
cultures of Mesopotamia, Egypt and China. For me, physics or the study
of nature is much older having begun with the first humans.”

When did you become the expert? https://www.physics.utoronto.ca/~pmu199h1/wsCh2.pdf

Numerology? Have we really sunken that low. Do I even need to comment on this shit? I think not.

Turn that last 6 upside down and you’ve got 1669. Obviously some all powerful deity is trying to tell us something very important and can’t just, you know, tell us.
Finding patterns in random things then assigning them meaning seems very common. It appears to be related to the “seeing an an image of Jesus on a piece of toast = miracle” way of thinking. The chances of digging the OP out of his rabbit hole seems very slim, but it was interesting to watch you give it a shot

explain in detail how it is supposedly not a HUGE problem

You’re implying your unevidenced subjective conclusion is valid, unless someone can offer a contrary explanation. This is fallacious reasoning, and by definition irrational.

That is a clang association; often associated with schizophrenia.