On average, how long have religions been active in the past?

How many times in the past have certain religions been active and then collapsed.

Please define and give examples of “certain religions”. The history of mankind encompasses millions of religions, many long gone.

I mean, in general, how many times the religions, for example Mitra, were active on average, how many people believed in her then. What were the longest in the past that are inactive today.

You are asking us to research the history of religions. The oldest known active religion is Hinduism, it began somewhere between 2300 B.C. and 1500 B.C. Before that there was Vedic. Before that was Dravidian, maybe Agamas. Dunno, don’t really care.

If you want to know, you are capable of doing your own research.

HUH? Christianity, for example, has collapsed a million times. Christians today are nothing like the Christians of the past. Send a Modern Christian back 100 years and they will be burned at the stake for heresy. (Okay… 300 years.)

Are you mining us for information???

Have you tried google???

Read information. Form your own opinion. Back your opinion. Debate an issue.

I myself am not on this forum to answer tedious questions that can be easily answered through a search engine and some personal effort.

How many times in the past have certain religions been active and then collapsed.

One sentence post are not encouraged. Perhaps have a go at answering your own question first. (Google is your friend.)

The Egyptian religion lasted for over 3000 years as far as I know. Perhaps most significant was the cult of Amun. At one time the priests of Amun were said to have been wealthier than Pharaoh.

AS far as I’m aware, the oldest religion still extant is Zoroastrianism/.Parsi . It originated about 600 to 700 bce. They believe in one god, Ahura Mazda.

—and I haven’t even hinted at the religions of the Indus Valley.

As for how many religions flourished and died, I have no idea. Not something of which even most religious scholars would know, as far as I can tell.

Only yesterday I learned a bit about a [still extant} ancient religion whose name I had heard but about which I knew nothing. They are the Manichaeans. No one knows how many are left. Estimates vary between 30,000 to 100, 000. 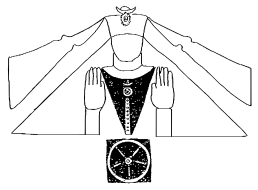 Manichaeism (/ˌmænɪˈkiːɪzəm/; in New Persian آیین مانی Āyīn Mānī; Chinese: 摩尼教; pinyin: Móní Jiào) was a major religion founded in the 3rd century AD by the Parthian prophet Mani (c. 216–274 AD), in the Sasanian Empire. Manichaeism taught an elaborate dualistic cosmology describing the struggle between a good, spiritual world of light, and an evil, material world of darkness. Through an ongoing process that takes place in human history, light is gradually removed from the world of matter and r...

In the meantime, I urge you to do some serious reading. I’m here as a past time, the discussions/debate, and to learn. However, I have no interest in spending my time on anyone too lazy to get off their arse and look for themselves.

The Jehovah’s Witnesses came about sometime in the 1860’s. Now that I’m out of them, I love to refer to them as a Doomsday Cult, because that’s technically what they are(what with the no-blood doctrine and such, which eventually became “blood fractions are okay”).

The witnesses still believe(to the best of my knowledge) that Satan the Devil was thrown out of Heaven in 1914 and that’s what caused World War 1… no, I am not joking. Anyone who watches Telltale’s channel on Youtube can vouch for the veracity of that very… ahem… fascinating theology.

According to them, The wild beast spoken of in Revelation is actually the United Nations… The Witnesses have been doing this nonsense for over a century now, this practice of confirmation bias in order to desperately seek real world events that fit their bizarre biblical narrative interpretation.

As is my understanding, the witnesses are losing members more and more these days because the prophecies the Governing body informed them of are not coming to fruition like they wanted. Even after 2020, the (B)org is still losing members left and right.