Well he’s an atheist, so he demonstrably is talking hypothetically, but of course he would have such a right, if a deity created him with that ability it’s preposterous to claim he wouldn’t have the right to use it.

What do you know about justice

Well I imagine he’s read the bible, with its portrayal of a violent, sadistic mass murdering deity. Do you think indiscriminate murder of children and babies can ever be just, when the deity doing it has literally limitless power and knowledge, and therefore limitless choice?

Your ego has taken control over your soul

Your arrogant presumptive superstitious guff is tedious. It’s not arrogant to believe we are just an infinitesimal part of evolution, in a vast universe. It is demonstrably arrogant and egotistical for people like you to think we are the sole reason a deity created everything.

You are sick and project your sickness to God,

You’re revelling in your own ignorance, and the arrogance of your hubris is only outmatched by the stupidity of your irrational claims. Calling someone suck because they don’t share your blind adherence to an unevidenced deity in an archaic myth is breathtakingly arrogant.

the only one who can save you from your ignorance. That is truly sad!!

What’s sad is someone as ill-informed as you, making comments like that, especially to someone who is clearly intelligent and well educated, just because he doesn’t share your believe in unevidenced superstitious guff. Show some fucking respect.

That’s a lie, there is no mention of dinosaurs on the bible. Dragons are not dinosaurs, the lie is as preposterous as it is stupid.

clearly humans are superior in every way and have every characteristic of almost all land animals.

Wow, just when I thought you couldn’t make a claim any more idiotic or demonstrably false. The sheer stupidity of your claim there is breathtaking.

The world is in a disordered state in which death is the ruling principle, so although we have the highest place, we are in a living war zone.

This is the cost of sin.

Nope, it’s the natural state of all living things, whereas sin is a superstitious unevidenced myth.

The bible mentions giant scaled creatures called monsters or serpents (taniynniym). That’s quite amazing and it does implicate that among the earliest creations were dinosaur-like creatures.

No it doesn’t…at all…anymore than it’s claims people saw magic or resurrection, are in anyway evidence for those claims.

Because it’s significance is a scientific one, within the origins of evolution, it in no way evidence any deity creating humans in an instant, in their current form, using inexplicable magic.

I mean for a fairy-tale story you would think they would get that wrong don’t you think?

They did get many basic aspects of it wrong, and your suggestion that randomly picking the correct option of only two choices. sea or land, as the origins of life, implies a divine omniscient origin must be behind the claim, is as idiotic a claim as I’ve ever heard, embarrassingly so. Its risible…

First, all insects have six legs, not four. Not two, not three, not five, but six. Four is right out. Six is the number of the legs.

Oh my, that triggered my memories about the Holy Hand Grenade. Well done.

AND then…
19 Now the Lord God had formed out of the ground all the wild animals(AG) and all the birds in the sky.(AH) He brought them to the man to see what he would name them; and whatever the man called(AI) each living creature,(AJ) that was its name.

out of the ground

Why did you tell us otherwise:

Thus it confirms the science that there were indeed great creatures called great monsters or dinosaurs living on the earth in the near past within the human timeline in fact.

…there weren’t homo sapiens at the time of dinosaurs…

You should get your story straight before trying to convince others that the magic you believe in, is real.

The bible does have predictive power, for instance Jesus said the Jewish temple would be destroyed and there would not be single stone left upon another. This was correct and happened exactly as he said not too long after he rose from the dead. You probably don’t want to hear how the bible was proving the bible correct but taken as a historical account of Jesus’ life you do in fact see basic predictive power across the entire bible.

For instance the captivity in Babel, the coming of Jesus Christ, His life and purpose, even his character in Isaiah 53 “the suffering servant”, Jesus predicted not only dead and the time of it, but also at who’s hands and the reactions of everybody else afterwards. The temple of the Jews was broken as He said, and many believed in His name without ever seeing any of His works as He said would happen. That people would travel to and fro (hinting at modern travel) in Daniel 12:4, that knowledge would increase Daniel 12:4, that jews would regather after being destroyed following the temple and many more.

I don’t know if you will buy any of those of course because that would nearly disprove atheism but it is worthy of consideration to the one who seeks answers. I think you should do your own research if you are interested in finding out more.

Why did you tell us otherwise:

You should get your story straight before trying to convince others that the magic you believe in, is real.

Good point, I am not a historian, biologist, or a biblical scholar or anything…I just want to learn what’s true and think its cool how the bible told a similar story regarding the origin of life as science does today…I don’t think its a coincidence. I think the book really is the greatest key to discovering our origin and function on planet earth. So it serves a unique purpose when comparing it to science.

In this case of course there is doubt about if dinosaurs are related to the word “monster, reptile, dragon”. Its at least worth considering if it helps discover the origins of the universe and all life.

I think your context of what I said or wrote is different. Try looking again. I believe it says that life is brought forth from the sea and land, but from the water first. So you are not wrong. The man was from the ground as other animals. There was other creatures made of the water first…apparently including the Hebrew “taninniym”, dragons, serpents, or monsters which generally correlates nicely to be ‘dinosaurs’.

You see life coming from sea first and then land in genesis 1:20-26. Genesis 2 doesn’t contradict that but thanks for trying to keep me in line! I was wondering who would take the step of actually reading the bible

I think you should do your own research if you are interested in finding out more.

The people who put pen to paper and told this story, did they write before or after the events had happened?

A prediction would be more valid if the prediction was documented before the event, not after.

The bible does have predictive power…Jesus said the Jewish temple would be destroyed…This was correct and happened exactly as he said not too long after he rose from the dead.

The Gospels were written after the destruction of the temple. It don’t take magic to “predict the future”, after it has already happened.

19 Now the Lord God had formed out of the ground all the wild animals(AG) and all the birds in the sky.(AH) He brought them to the man to see what he would name them; and whatever the man called(AI) each living creature,(AJ) that was its name.

It’s pretty clear God formed them out of the ground and brought them to the man. Oops man was already created.

If there is (and there is) an issue between the two accounts - it’s not my misunderstanding the writing of the text.

I just don’t pretzel twist to make it something it’s not.

You don’t want to get caught pushing a product or advertising here.

The dead sea scrolls are NOT the earliest known copies of the new testament literature.

…That would be the gospel of mark dated to A.D. 150–250 called P137. Of course you’re going to say “unless you have a picture of Jesus with saint John” RIGHT as Jesus said that comment there is NO proof pouty face! 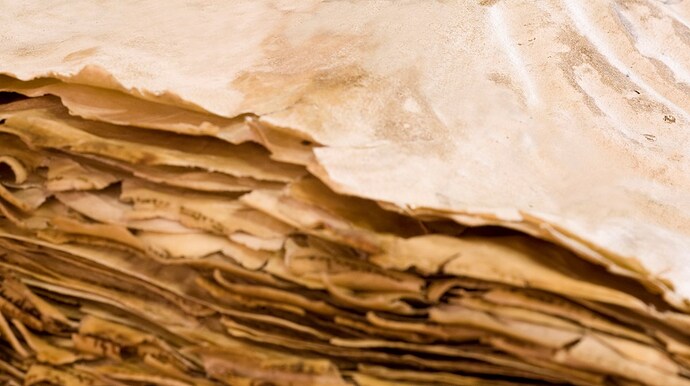 New Mark Manuscript Is Earliest Yet

Bible scholars have been waiting for the Gospel fragment’s publication for years.

fuck me
coffee sprayed onto my fucking computer

Dude, the Dead Sea Scrolls were written before the birth of Jesus do not contain the New Testament; they are fragments of the Old Testament.

Even I know that much.

unless you have a picture of Jesus

Or the one that many forensic anthropologists agree on? 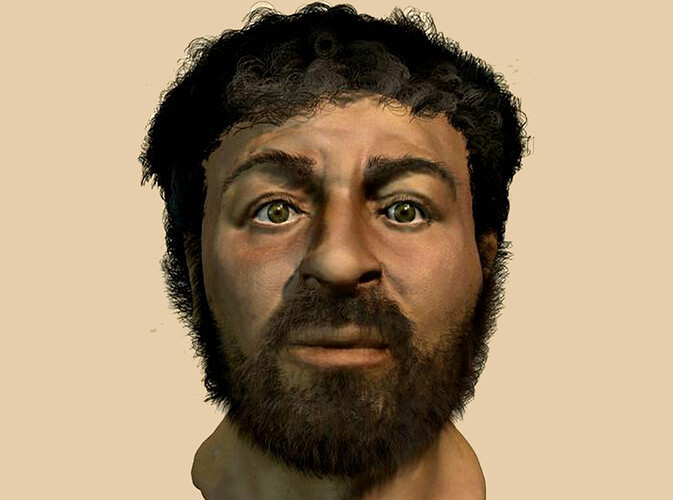 You want to know what Jesus looks like. Well look around you. Jesus is everywhere. You can see Him in you if you look hard enough. What color is the air, or the water? The same is the color of God which is who Jesus IS.

An archaic collection of texts, subjectively edited into a book, claims a man existed, and that this man allegedly said something…

Not quite the same now is it?

You obviously don’t want to hear that claims in a book can’t be validated without objective evidence. Biblical errancy is an objective fact, this is demonstrably another objective fact you are unable to honestly address.

The bible does have predictive power, for instance Jesus said

This was correct and happened exactly as he said not too long after he rose from the dead.

So someone wrote a claim, then wrote that the claim had happened as they had claimed. Pleeeeeeease…

You want to know what Jesus looks like. Well look around you. Jesus is everywhere

I was speculating on what the material person may have looked like. You immediately went to invisible friends.

So … if you go to heaven, how will you know you are standing in front of god, if she is invisible?