At last women and men can visit an abortion clinic without harassment and threats from “pro lifers” (read: uneducated, ignorant of the visitors situation, misogynist twats).

Will take a few of them being carted off without undue gentleness by our uniformed gangs and they will stop their vile tactics of waylaying those going through a very private decision.

I was just reading this.

Safe access. If there is a complaint- fuck I’m sure they would like safe access to their churches without a bunch of atheists booing them, holding signs 🪧 and dishes of spegetti.

Not to mention a large amount of poo flung by our champion poo flingers.

Meanwhile, Texas has passed a law banning abortions at six weeks and giving the enforcement of the law over to private citizens instead of the state. It’s convoluted, but apparently that makes the law very hard to challenge because it lets the state wash their hands of it. It encourages citizens, not even necessarily from Texas, to sue everyone involved, even someone who gave a ride to a clinic, and specifies money damages that can be rewarded. This is going to get ugly in so many ways and is an insane precedent to set.

This is going to get ugly in so many ways and is an insane precedent to set.

Yup, very clever too. Will women be able to travel to other states?

Perhaps I’m making the drafters of this law too smart. Seems to me their agenda may be to challenge Roe vs Wade in the supreme court. Given the composition of the Supreme court right now, it could be touch and go.

These pathetic men who can’t bear the idea of women having such control over their lives. Here it tends to be the misogynistic Fundamentalists and of course, Catholics. Hope their prostates explode.

We saw this coming to the Supreme Court.

First though, it has to go through State courts. Makes sense otherwise, shit the Supreme Court is inundated.

The heartbeat. This is the standard.

Not the strongest argument

(at least competing with Florida man …)

Will women be able to travel to other states?

Ah, geeez, I don’t know. I don’t put it past them to try to apply it to even going out of state.

Ah, geeez, I don’t know. I don’t put it past them to try to apply it to even going out of state.

I was being facetious.

Until recently, condoms (and any other form of birth control) and abortions were illegal in The Republic Of Ireland. Women would travel across to London. Imagine having to smuggle condoms as contraband.

Of course, technically, birth control is still banned by the catholic church. Except the rhythm method ,aka Vatican Roulette.

Divorce has also only recently become legal in Ireland.

Trivia; In Southern Ireland in the 1950’s, there was one catholic priest for every two hundred people. All of course supported by the Irish community.

What really frosts my Wheaties is these actions are being done by conservative Repiblicans, the same party that preaches individual autonomy and less government interference.

I was being facetious.

While I doubt that anyone would be successful in keeping a woman from traveling out of Texas to get an abortion, I wouldn’t be surprised if someone uses the law to try. Other states are likely to follow suit with similar laws.

What really frosts my Wheaties is these actions are being done by conservative Repiblicans, the same party that preaches individual autonomy and less government interference.

Exactly. They’re also the same people whining about mask mandates and required vaccines. They actually protest those things saying things like “My body, my choice”. They seem clueless that those are the same arguments for abortion.

What really frosts my Wheaties is these actions are being done by conservative Repiblicans,

I suspect the Republican party may have changed a smidge since Abraham Lincoln was President. But, the term “Republican” covers a pretty broad spectrum, from say Donald Trump to Jimmy Carter.

I can actually remember a time when factionalism didn’t seem to be thing in Australian politics. The name of one’s party could be used to work out where one stood on a wide range of issues. There was none of this Right/Centre/ Centre Left /Centre Right bullshit in the Labor Party. At least while I was a member.

Jimmy Carter is a Democrat

. He was a southern hold over from the time when the south was dominated by Democrats, as opposed to Republicans. Bill Clinton, also a Democrat, was the governor of Arkansas which was also a confederate state and now very Republican. The parties did a flip flop in the sixties when president Kennedy (a Democrat), then Johnson, supported civil rights. The first Republican to be elected president was Abraham Lincoln and thus that party was very unpopular in the south. It’s still called “The Party of Lincoln”. I’m sure he’s rolling over in his grave.

Jimmy Carter is a Democrat

Could have sworn he was Republican, but a nice one.

Well that blows that idea out of the water

I started working in EMS during a time and in a place where abortion clinics were being firebombed with Molotov cocktails, and abortionists were being assassinated.

I started (covertly, and against company rules) carrying a concealed piece with me to work every day, as we had bricks thrown at our trucks when we were delivering patients to OB clinics, like Planned Parenthood.

I started (covertly, and against company rules) carrying a concealed piece with me to work every day,

I’m stunned. Thought I’d read you better than is obviously the case.

Imo, no job is worth getting killed for nor indeed worth harming or killing another person.

After my conscription was up, I returned to my old place of employment. I was temporarily payroll escort. That meant I was supposed to carry a .38 pistol in a shoulder holster, out of sight. I flatly refused. So ended the practice of carrying a concealed weapon. (Commonwealth building, no licence or permit was needed)

I guess things are a bit different in the US.

I abhor violence in all of it’s forms.

In EMS, I (and my coworkers) was trying to save lives, and public safety people were getting shot at all the time.

I started working on an ambulance in 1989 in Miami, which was during the tail end of the Cocaine Wars. 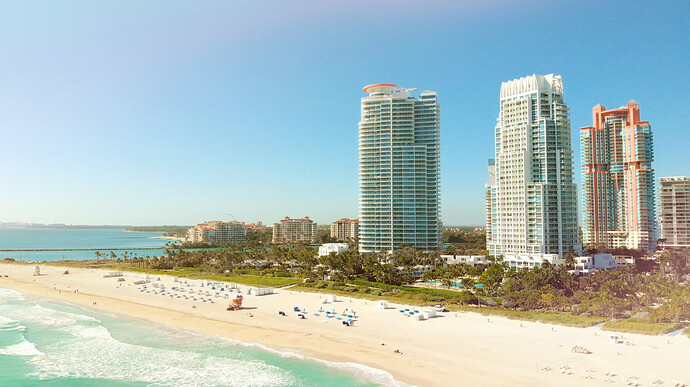 The Untold Truth Of The Miami Drug War

The Miami drug war was super violent in the 1980s. That's what you get when rival cartels war for rights to distribute their cocaine throughout the U.S.

There were people (like the utterly nasty cunt bitch named Griselda Blanco, whom killed perhaps as many as 200 people) whom would kill you at the drop of a hat, cops were understaffed and besieged, and drive-by shootings were happening all of the time.

I carried a piece because of the suggestions made by several police officers.

I was dating a cop at the time, and she trained me how to shoot and how to carry intelligently. 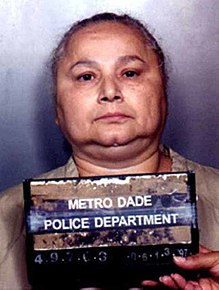 Griselda Blanco Restrepo (February 14, 1943 – September 3, 2012), known as La Madrina, the Black Widow, the Cocaine Godmother and the Queen of Narco-Trafficking, was a Colombian drug lord of the Medellín Cartel and a pioneer in the Miami-based cocaine drug trade and underworld during the 1980s through the early 2000s. It has been estimated that she was responsible for up to 200 murders while transporting cocaine from Colombia to New York, Miami and Southern California. She was shot an Blanco wa...

I was temporarily payroll escort. That meant I was supposed to carry a .38 pistol in a shoulder holster, out of sight. I flatly refused.

This isn’t about shooting someone who’s trying to steal money, it’s about protecting yourself from violent, dangerous lunatics who are willing to harm anyone who even shows up to a clinic that performs abortions. These clinics are many women’s only access to birth control, natal care, std and cancer screenings etc. I’m grateful to anyone in the health care fields who take the very real risks involved.

Thank you very much.

This isn’t about shooting someone who’s trying to steal money, it’s about protecting yourself from violent, dangerous lunatics who are willing to harm anyone who even shows up to a clinic that performs abortions

I understand that. Not convinced that carrying a gun in such a situation makes anyone safer.

Do you really think I would actually harm another person over money ?

I’ll go back to my original point: IMO no job is worth risking my own safety, nor risking having to harm another. People with little or no experience with firearms are often far too blase about the prospect of having to shoot another person going by what I’ve read here.

But, hey I’m only an ignorant foreigner, not a 'Merkin, what do I know.