Do you really think I would actually harm another person over money ?

No I don’t think you would. I don’t think Kevin would either, so it seems a poor comparison to his situation. I’m afraid that the easy access and prevalents of guns here in the U.S. does color a persons thinking when you know that fanatics whose stated purpose is to kill you are likely to be armed.

First, even though we may disagree about certian gun issues, I respect your position on this issue.

Britain has 66 million people, and only had a total of about 64 gun-related deaths for the year of 2017, which is one hell of an accomplishment . . . while we Americans lost almost as many in just one mass shooting (59 dead in Las Vegas during a mass shooting at a music concert).

My gun is not to protect property. If I was armed, and came into my house to find some thief stealing my television or stereo system, I’d let him take it. Besides the immorality of killing someone over a television, I wouldn’t want to pay $100,000 in legal fees to defend myself in court over a $400 item.

The gun is for someone like Ted Bundy or Jeffrey Dahmer. It is for the gang members who get initiated by killing someone . . . and so forth.

I was very anti-gun (and grew up in an anti-gun household) until I worked in EMS, and until I became a relief worker with the Red Cross after Hurricane Andrew.

I helped treat young girls–some were 10 and 11 years old–whom were gang raped in front of their parents while the family was held at gunpoint.

I have seen many instances where people would have given their live savings in order to have a gun, as a gun gives a frail old lady parity with a scumbag bent on rape.

That having been said, I acknowledge that guns cause more problems than they often solve. I have run on any number of kids whom died (or ended up paralyzed for life) because they were playing with mom’s gun. I have also lost a friend (and EMS colleague) in a mass shooting, and my own grandfather blew off two of his fingers in a hunting accident when he was stupid and careless with a shotgun.

I believe that guns are often neccesary for survival, but even I think my culture goes overboard with them to an unhealthy extreme. We allow 50 and 100 round magazines, armour-piercing rounds, bump-stocks that turn a semiauto rifle into a machine gun, and incindiary rounds . . . and such things are completely unneccesary, as civilian ownership of firearms should not be equated with the requirements of guerilla warfare.

So we may disagree about guns, but I do acknowledge that the often cause more problems than they solve. Part of why I own guns is because I want parity with the criminals whom also have them . . . simply for self-preservation.

I can also tell you that there are times when having a gun has saved my life, as I once killed a rabid fox in the aftermath of a hurricane when police weren’t available.

By Stephanie Horvath and Patty Pensa | Sun-Sentinel.com He was a good son, desperate to please his father.Rafael Vazquez Jr. broke down in tears as he spoke about the last promise he made to his dad, lieutenant firefighter Rafael "Ray" Vazquez, who...

One other point that I forgot to make is that crazy people should not own guns, and my country has a dismal record of keeping assault rifles out of the hands of psychos. 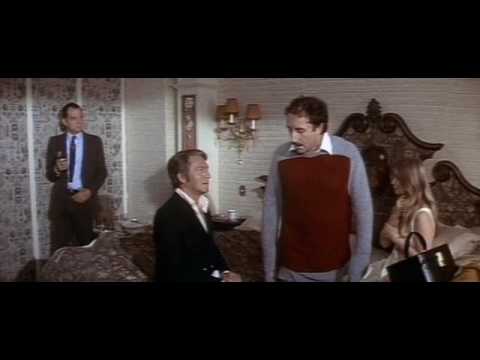 crazy people should not own guns

Parenthetically, crazy people often have an increased desire to own guns, infer what you will.

Another problem with our gun culture is the amazing number of legal loopholes that criminals and crazy people can exploit to own guns.

There is a specific part of a gun–called the “frame,” or the “receiver”–which is the part of the gun that must have a serial number and counts as the firearm itself (for legal purposes).

Well . . . any homicidal psycho asshole can legally buy an 80% receiver within ten minutes of being released from the mental institution, and all you need is a drill press, a few files, and some sandpaper to turn an 80% receiver into a functional frame.

You then buy an inventory of replacement parts, put it together, and then you have a perfectly funtional automatic handgun that takes high-capacity Glock magazines . . . and no paperwork.

80% Lower Receivers made 7075 T6 forgings and billet, CNC machined to tight Tolerances. The 80 percent lower receivers are not considered a firearm and ship to your door.

As much as I support private ownership of firearms by responsible people . . . these things are an utter travesty, as are guns made by 3D printing.

I have known people with paranoid schizophrenia and untreated psychosis whom owned large gun collections through this (and similar) loopholes.

I don’t have an answer, and I wish I did.

Parenthetically, crazy people often have an increased desire to own guns, infer what you will.

Our government radically changed gun laws within weeks of 1996 The Port Arthur massacre. 35 people were killed and 23 wounded.

Today it’s just about impossible for a civilian to own and keep a pistol at home in Australia. Gun clubs are committed, but all firearms must be kept there in a locked safe as far as I know.

Farmers and professional hunters*** are given some leeway . Don’t know if semi automatic weapons are allowed to them. The ban extends to knives over 5 inches long, plus a range of bladed weapons, from Katanas to shuriken, plus nunchakus and bows.

These days armed robbers seldom have firearms .Instead they favour things such as a screw driver, Stanley knife or hammer or baseball bat. One bloke claimed to have a syringe with HIV/AIDS.( he didn’t) There’s a simple reason; if one of those dropkicks could afford to buy a firearm on the black market, they wouldn’t want to rob say a gas station or liquor store.

I learned many years ago that a full 50% of the inmates in Yatala prison are illiterate. In some ways, the career petty criminal is more a pest than a menace because he/she spends most of their life in prison.

** These kill introduced feral animals such as pigs and goats, plus native vermin, such as kangaroo.

One issue in Britain is that when guns became impossible for anyone to own . . . criminals started carrying jars of sulfuric acid or concentrated lye, and throwing it in someone’s face in lieu of using a firearm when they want something . . . so, while firearms have been eliminated, violent crime remained . . . but just changed its form.

The only difference is that criminals simply substituted their tactics.

In fairness to the anti-gun people, places like Canada, Norway, and Finland had decreases in violent crime when guns were severely restricted.

In any case, I think that violent crime has multiple causes, and taking the view that eliminating private ownership of guns will fix everything is an overly simplistic answer that may mask deeper underlying social problems.

In fairness to the anti-gun people, places like Canada, Norway, and Finland had decreases in violent crime when guns were severely restricted.

Shootings are rare here. Although, approach one of our police with a knife, they will kill you, with their .38 magnum.

Can’t remember hearing of an acid attack here. Did read of a case of throwing boiling water on a person.

I suspect our court would be very severe with anyone using acid in that way.

I guess the real reason is that many of our vicious crims are too stupid to have thought of it.

In the 1920’s, the courts here were tough on anyone even caught with a firearm.
Gangs in Sydney especially resorted to using cut throat razors. Cheap, legal and very effective. Sometimes a person would be slashed across the face and then acid poured into the wound, to leave a really nasty scar.

Our government radically changed gun laws within weeks of 1996 The Port Arthur massacre. 35 people were killed and 23 wounded.

There was a similar reaction, and new laws here after a couple of mass shootings.

There was a similar reaction, and new laws here after a couple of mass shootings.

Glad to hear it. Umm, where do you live? I know you’ve said, but I forget.

South Wales, in the UK.

OK. I think I once went through Wales to get to Scotland and Fishguard to catch the ferry to Ireland.

I actually like Wales a lot. My fondest memory comes from Caernafon . Afternoon ,a posse of red headed school girls walking towards us, chattering away in Gaelic.

OK. I think I once went through Wales to get to Scotland and Fishguard to catch the ferry to Ireland.

I actually really liked Wales, some beautiful country. Highlight for me was Caernarfon. Nice castle, but it was shut***. Some unusual food. One was being served a mixture of cabbage and mashed potato as the vegetable

Stopped at :Llanfairpwllgwyngyllgogerychwyrndrobwllllantysiliogogogoch to get our passports stamped.

One of my favourite castles is Urquhart castle ruins on Loch Ness. They were charging people a pound to walk around the ruins. I took my photos from outside and went and had a few beers instead…