The criminal justice system alone demonstrates this to be true.

Yair. It’s my understanding US drug laws are strongly biased towards African Americans, just to kick off.

IMO the US didn’t seriously begin to address its race issues until the Civil Rights Movement in the 1960’s.

I’ve often wondered about the effect of the Vietnam War on US racism. IE large numbers of African Americans were drafted and were sent to Vietnam. Seems to me that many were almost certainly radicalised. After their return perhaps some joined say the Black Panthers or The Nation Of Islam. Perhaps some joined The Civil Right’s movement. Too much of a stretch?

How am I or any outsider to interpret that?

How am I or any outsider to interpret that?

As I see and understand it, the most immediate interpretation would be socio-economic differences that lead to a statistically higher exposure to crime- or law breaking-conducive environments. The reasons for the socio-economic differences would in turn be - in this particular case - systematic long-term neglect of the needs and rights of that particular subgroup of the population by pretending they didn’t exist due to feelings of phenotypical and cultural superiority. Or to put it bluntly: overt racism. And since it takes several generations to get out of poverty, it is a problem that will persist for a long time.

Disclaimer: never been to Australia, so I only have the bookly and theoretical knowledge about the country-continent.

IMO the US didn’t seriously begin to address its race issues until the Civil Rights Movement in the 1960’s.

That’s exactly right. Before the 1960s Jim Crow was alive and well in the U.S. 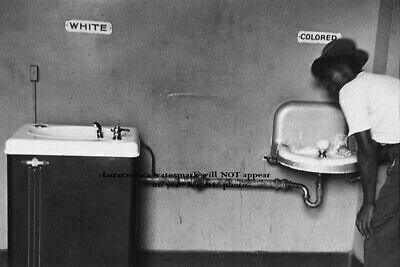 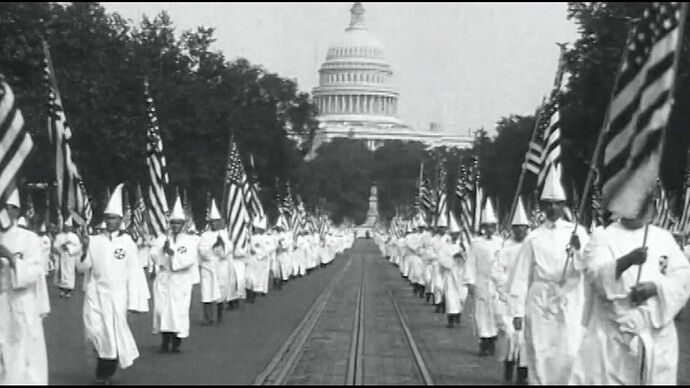 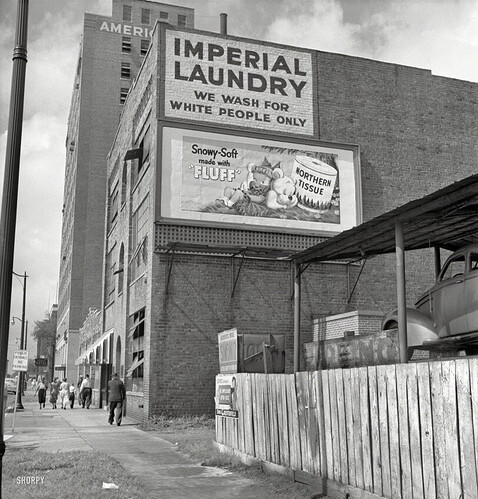 That’s exactly right. Before the 1960s Jim Crow was alive and well in the U.S.

In the 1980’s I had an aunt who remarried. A registered democrat, New York intellectual, she moved to Savannah. He hubby was wealthy, so naturally they lived in one of those huge antebellum-type mansions. She once told me how shocked she was to hear her kindly white neigbour use the word’ nigra’ in casual conversation.

Still today I’m not convinced I’d be happy in one of the Bible Belt poor US states. (Mississippi, Alabama, Georgia etc etc)

Someone recently mentioned the strength of religion in the US. To this outsider, still seems to be strongest in the poorest states. These places were poor before the civil war and have not developed since to the extent of the Northern States.

He also has probably never heard of the anthropic principle (which also comes in a weak version and a strong version).

Try talking to people who think with their heads, not their emotions. Listen to what people like Candace Owens 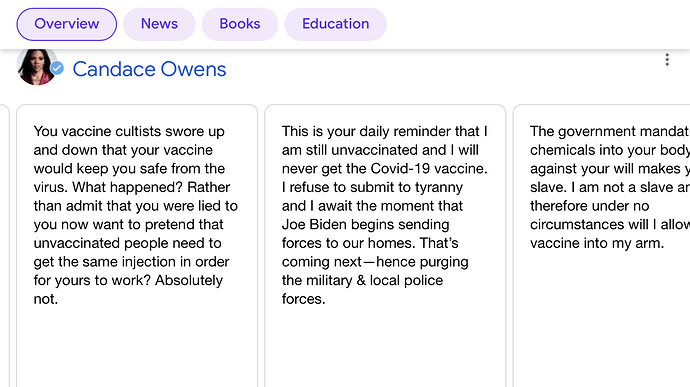 I’ve gotta check out her stand on Texas “tyranny”… 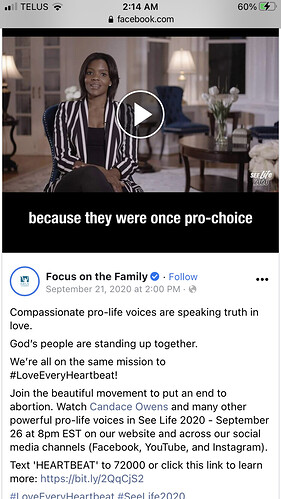 @mr.macabre …
Seriously? What evidence do you have that they think with their brains

and listen and believe folks that have faith (believe without evidence) in the biggest and longest running obvious scam AND impose this arbitrary, subjective deity worship “rules” onto society.

Edited to add: 2018; No doubt about it, we have the evidence, I’m not going to go into all the details, yeah, it’s a phony document,” Arpaio said on “Cuomo Primetime.”
Arpaio announced Tuesday that he is running for the Arizona US Senate seat currently occupied by Sen. Jeff Flake, who is retiring from Congress at the end of his term.
He was a staunch supporter of President Donald Trump during the campaign, and was pardoned by the President in August. The former Maricopa County sheriff was convicted for defying a court order to stop racially profiling Latinos, and he has been widely criticized for his hard-line stances on immigration.

He lost (came in 3rd, LAST, out of the 3 candidates). In the famous words of his idol… 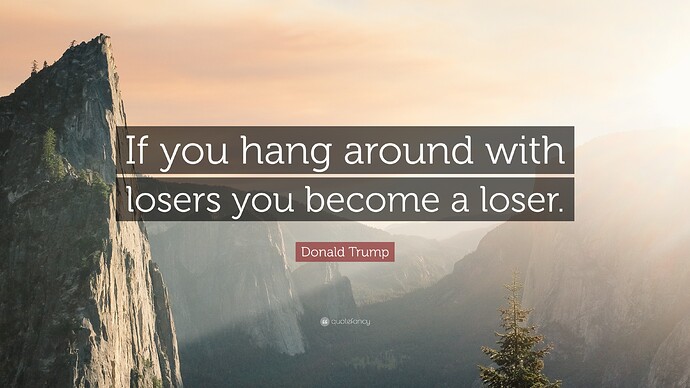 I get it!!! Texas is using their unconstitutional strategy to get the tide to go the other way (border crossing)… 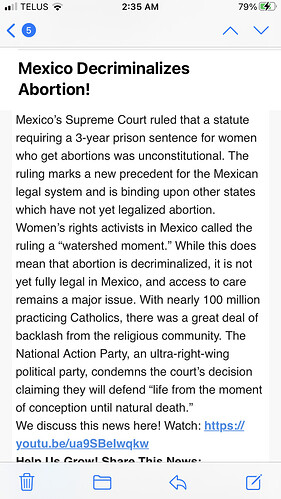 Seriously? What evidence do you have that they think with their brains

Just read that Candice Owens stuff, and she does not make a rational argument, but just appeals to emotions.

I’m looking forward to the news article reporting she’s in hospital on a ventilator.

I’m looking forward to the news article reporting she’s in hospital on a ventilator.

Personally, I have zero sympathy for any who choose not to get vaccinated. They are delaying elective surgeries for millions.

Listen to what people like Candace Owens or Officer Tatum, or Sheriff David Clark have to say about what’s happening in our country.

That’s an appeal to authority fallacy if ever there was one. Why not actually quote something they’ve said, and demonstrate some objective evidence to support it? Candace Owens is off her tits by the way, an nutjob opposed to vaccination against Covid.

“In May 2018, Owens suggested that “something bio-chemically happens” to women who do not marry or have children,”

“In a 2019 hearing on hate crimes, Owens referred to the KKK as a “Democrat terrorist organization”.”

“During her April 2019 testimony before the House Judiciary Committee on the rise of hate crimes and white supremacists in the United States, Owens made the claim that the Southern strategy employed by the Republican Party to increase political support among white voters in the South by appealing to racism against African Americans was a “myth” that “never happened”. This was disputed by several historians who said that the existence of the Southern strategy was well documented in contemporaneous sources dating back to the Civil Rights era, with historian Kevin M. Kruse, who writes about modern conservatism, calling Owens’s statement “utter nonsense”.”

She clearly holds some rather bizarre, and possibly even dangerous views.

Personally, I have zero sympathy for any who choose not to get vaccinated.

I’m not terribly sympathetic either. Not sure I’m comfortable judging such people quite that dogmatically based on such limited information.

However, all things being equal, I hope they contract Covid19 and die, without taking others with them

Not sure I’m comfortable judging such people quite that dogmatically based on such limited information.

well, I am quite comfortable unfavorably judging those who are conspiritards and religitards who in spite of the convincing evidence to the contrary, “follow their heart” "trust in “allah, gawd, jesus” and remain unvaccinated.

I had very little sympathy or empathy for the dancing pilgrims in 14th century Europe who believed that dancing would stave off the plague, instead carrying it from town to town across wide swathes of country, They at least did not have the information that could have saved them. I have even less for the deliberate spreaders of infection in 2021.

The unvaccinated by choice are being culled. In itself, individual tragedies; for the species, not a bad thing at all.