Who's your favorite prominent Christian?

I like Jimmy Carter a lot. Not the best president material, too gullible, but a down right decent human being. While most retired U.S. Presidents seem content to golf, write books, and make money with speaking engagements, he has tried to make the world a better place with work in civil rights, medical help to the impoverished, and even doing physical labor by helping build housing. He seems to have skipped all the hateful things in the bible, at least I’ve never heard him voice anything.

Well, obviously Ken Ham closely followed by Donald Trumpf.
Then the mad christian advisor to the White House ( cant recall her name, but apparently talks to Jesus all the time) I start laughing as soon as she opens her mouth and so just don’t catch her name.

Ohhh! The Pope…wait…he’s not christian is he?

I like Jimmy Carter too, a lot. Perhaps not a wonderful president. But I’ve always thought he was a very good man. In assessing his deeds since leaving office, I think history may call Jimmy Carter a great man.

However, my favourite public Christian is Anglican/Episcopalian Bishop, John Shelby Spong.:. There are heaps of his videos on YouTube, and he has written a couple of best sellers. Makes more sense than most believers I’ve run across.

Would pay to see him getting together with some of the fatuous apologist twits we get here. There’s one observation about these good folks I think is about right: None is a biblical scholar trained in apologetics nor a scholar of any kind. Nor have any of them ever demonstrated that they possess other than a very modest IQ. 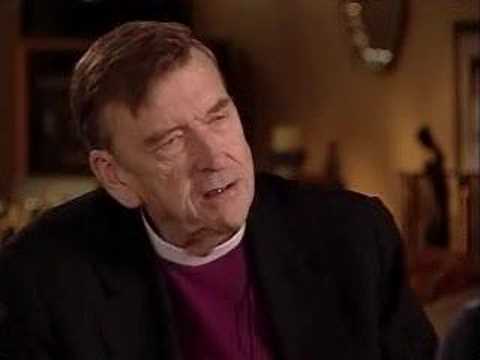 . Ken Ham??? Arghhhhhhhhhh. I don’t think Trumpie qualifies as a Christian, he doesn’t seem to know even the most basic tenets of the faith. He actually said that he’s never asked god’s forgiveness because he’s never done anything wrong. Paula White is his unintentionally funny Christian advisor.

What the heck? A Bishop that doesn’t believe in hell? Well, we all know where he’s going…or not.

One of my other favourites is Kent Hovind, he deserves a prize for speed talking and dribbling shit at the same time.

I also love Mr Bakker and his wife…best comedy duo on TV, and the shonkiest products and I also love watching Captain Easyjet himself Kenneth Copeland, oooh must not forget Benny Hill…sorry, Hinnes and his cast of thousands !!!

It would have to be a guy I went to school with, whose name I no longer recall. He was a Mormon. Nicest guy in the world. Never drank, smoked, witnessed, or offended anyone. He was talented and even studied under Marcel Marceau. He participated in everything and if ever asked about why he didn’t drink or smoke something, he just said, it’s against my religion and that was the end of the conversation unless you made further inquiries. He lived his religion. One of the nicest people I ever met. I knew him for about 3 years.

don’t think Trumpie qualifies as a Christian, he doesn’t seem to know even the most basic tenets of the faith.

Then again the man can’t seem to grasp that the candidate with the most electoral votes wins the election, so that’s hardly a shock. The man’s a walking soundbite, a cliche with a bad bouffont.

It appears Edmund Hillary, one of the first men to climb Everest, was an atheist, though I don’t think he out right said so. He did say he wasn’t religious and he didn’t pray even in times of peril. For many years he said that he and the Sherpa Tenzing Norgay stepped to the top of Everest together. It wasn’t until after Tenzing said that Hillary was the first up did he say other wise. Also, he took a picture of Norgay at the top, but didn’t get one of himself. That he was feted in the west as the first up Everest seemed for no lack of effort on his part to include Tenzing in the accomplishment. He also started a fund to help the Sherpa people that established schools and clinics. A lot of times the more I learn of my heros, the less I like them, the opposite was true of Hillary.

There was a Mormon bloke at work. Same thing, a truly nice man. We didn’t usually discuss Mormonism. Only once; tithing came up. He explained that officially Mormons give10% of their income. BUT that in practice it can be a lot more. Seems a local branch will contact you and say something like “We need an extra $2000 from you this year”, (circa 1975)-----

A lot of times the more I learn of my heros, the less I like them, the opposite was true of Hillary.

A lot of times the more I learn of my heroes, the less I like them, the opposite was true of Hillary.

My biggest let down was “the Mahatma”, Mohandas Gandhi, called ‘bapu’ (father) by millions.

Did some reading about him and his Satyagraha movement at university for a paper on the caste system. All I can say is to take Richard Attenborough’s hagiography “Gandhi” with a large pinch of salt. Same goes for all of his biographic films.

As for Hillary Clinton. As a foreigner, I had had her number after Bill got blown in the Oval Office by the unfortunate Monika Lewisnski. IE Hilary didn’t divorce his arse with alacrity as most normal women would. Fuck his presidency. Lightbulb moment: "Of course! Her wants to be president! Over the years since, Hillary has shown herself to be a ruthless, nasty piece of work IMO ----But then, I’m just an ignorant foreigner, what do I know?

Hey, I just thought of someone who is a Christian. (Sadly so… I wish I could sit and have a talk with him.) He is a motivational speaker. While I can’t call him a “hero,” I would absolutely love to meet this guy some day and shake his hand. 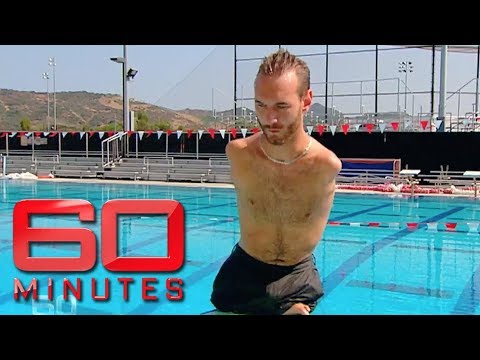 Richard Coles seems intelligent and witty for a Christian. I’ve seen him a few times on humorous talk shows like QI.

Richard Keith Robert Coles FRSA FKC (born 26 March 1962) is an English musician, journalist and Church of England parish priest. Now vicar of Finedon in Northamptonshire, he was formerly the multi-instrumentalist who partnered Jimmy Somerville in the 1980s band the Communards. They achieved three Top Ten hits, including the No. 1 record and best-selling single of 1986, a dance version of "Don't Leave Me This Way". Coles appears frequently on radio and television as well as in newspapers and,...

Yair. Saw him on a QI Youtube clip yesterday. Seems like a bright chap, probably a quite good vicar… C Of E ? (Catholic lite) You don’t even have to believe in god to be a vicar.

To paraphrase “He was a very good vicar, and as good vicars go, he went”

He participated in everything and if ever asked about why he didn’t drink or smoke something, he just said, it’s against my religion

Wow . He really was inspiring to be honest and sincere . I feel a very deep admiration for him .

Wow . He really was inspiring to be honest and sincere . I feel a very deep admiration for him .

Perfectly reasonable to respect a person as a human being while considering their beliefs to be loopy.

It becomes harder to respect the person who simply does not/will not understand reasoned discussion ,choosing to remain intransigent.

I have known some mormons who were exceptionally nice people, but I’m pretty sure everyone of them would have chosen their religion over a gay offspring. All I had to do was picture them in their official church sanctioned magical underwear to realize they were onboard with what ever stuff the church told them to do.

I have known some mormons who were exceptionally nice people

Have known a few Mormons in my life as peers [at work] mainly. I never bothered to even try to form a friendship with them. Same goes for the odd evangelical/JW/ Seventh Day Adventist. Everything was fine and dandy, as long as they laid off that “Praise the Lord!” bullshit ,loudly at every opportunity. There is behaviour which is appropriate in the work place and there is behaviour which is not.