What is the biggest lie?

What is the biggest lie in human history if not the promise of a loving god and an afterlife? I can’t think of anything else that is on the same level as religion. Religion is responsible for centuries of hatred, racism, genocide, and warfare.
Is there anything else that comes close to this?

What is the biggest lie in human history if not the promise of a loving god and an afterlife?

Your check is in the mail.

The notion that humans aren’t animals.

I can think of some others:
“Blood is thicker than water.” Generations of stupidity as people actually believe they are attached to their families. You don’t choose your parents. And parents, certainly don’t choose the kids they have. It’s all a fucking crapshoot.

Now for the Local stuff - I’ll just use California as that is where I am originally from.

You are about as free in America as you are in China. The difference is that we don’t typically kill you in this country. We ‘set you up for a fall,’ lie in court, toss you into the legal system until you are broke, beat down, and can no longer fight, charge you and force you to accept a plea, then fine you and incarcerate you. That is American Justice at Work.

There is no Justice in the ‘American Justice System’
If you think there is Justice in the Justice System, you believe a lie every bit as big as the one being told to Christians. We have an Adversarial system of (1) unconstitutional overcriminalization (2) point‐​and‐​convict adjudication; (3) near-zero accountability for police and prosecutors due to qualified immunity.

NEVER TALK TO THE POLICE: They do not protect the public. They work for the state. Nothing you say to a police officer can ever help you. Be quiet. Say nothing. Wait to talk to your attorney. (That’s what the police do when they are accused of a crime!)

What other Lies are we living by?

If America is such a corrupt, authoritarian country, then why do millions of people wish they could live here and risk their lives to get here?
Sounds like you had a bad experience with law-enforcement, is that why you live in South Korea?

America is such a corrupt, authoritarian country,

America is a corrupt authoritarian country - BUT for good reason.

why do millions of people wish they could live here and risk their lives to get here?

Because their countries are just as corrupt but they’re poor

American “poor” still have TVs, phones and utilities - garbage service and a semblance of care for the little guy.

Sounds like you had a bad experience with law-enforcement,

Sounds like he knows the American way of life. Guns, God and grift…

I’m almost 63 years old, and while I agree that 99% of all politicians are scumbags, not all members of law-enforcement are dirtbags. This is still the greatest country on earth, in spite of all the corruption going on in our government.
By the way, don’t you live in Canada?

Yup. And best advice to my boys… NEVER “talk” to the police (call the lawyer) and always comply with their demands (whether you think they’re fair or not - that is not an argument you will win).

If America is such a corrupt, authoritarian country, then why do millions of people wish they could live here and risk their lives to get here?

A step up is a step up, even if it’s just to a slightly less sucky place.

This is still the greatest country on earth, in spite of all the corruption going on in our government.

That’s no reason to not call it out. You can be the best country on the planet and still suck.

We must strive improve or it will only get even worse.

This is still the greatest country on earth

Lol. A subjective assertion only made by some Americans (while wearing ??? MAGA hats)

This is still the greatest country on earth

I respectfully disagree. In Canada, we have a multi-party system where I have more than just two options.

Free to find a better way to deal with this shit. What we are currently doing is not working. “That’s obvious.” Corruption has run amok and it is getting worse. (Cite: All the recent looting and civil unrest.) The police state is not working. All we can do is sit back and wonder, “How bad is this going to get?” I don’t have an answer but the problem is very clear.

Some good moves have been made in some parts of the country. The end of ‘qualified immunity’ for police officers. The end of road piracy, ‘Civil Forfiture Laws.’ Police watch groups beginning to hold the assholes out to rob you accountable. First amandment activism.

Free to keep the Legal System in its Legal place, “Serving the People” not 'Feeding off the People."

This is still the greatest country on earth,

That doesn’t really make much sense. It all depends on what metric you use.

If your metric is the size of the military and resources put into it, then yes, definitely (although North Korea would also be a big competitor here). But that would be a strange and cherry-picked metric. If it is the growth of the economy, China would win hands down. If you use a metric involving subjective touchy-feely measures and “patriotism”, then yeah, probably. But any other reasonably run country where the inhabitants have strong feelings about their country and culture would also be a candidate, and would “win” in their local area. You could use happiness levels, financial stability, climate, or whatever, and the definition of the best country would be completely subjective.

Or you could use the UN Human Development Index, in which case the top ten would be: 1) Norway 2) Ireland and Switzerland 4) Iceland and Hong Kong, China, 6) Germany, 7) Sweden, 8) Australia and Netherlands, and 10) Denmark. USA would be ranked at number 17, just behind Canada and Belgium.

There are other metrics, but they too tend to put the United States way down the list.

That doesn’t really make much sense. It all depends on what metric you use.

One of my all time TV moments. You younger folks would be amazed at the bullshit stories I was told about the Communists when I was a child. The exact things that we do in America today. Land of the free, my ass. Land of government approved TV stations, controlled news, and every effort that could possibly be made to take over and control the Internet. Oh… back to that TV Moment… 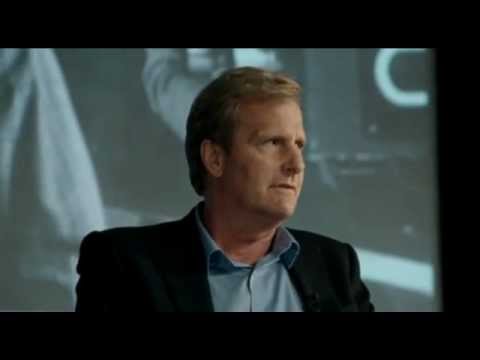 How does that clown Trudeau keep getting re-elected?

I wouldn’t put Australia on the list of countries that have freedom anymore.

Mine was black, not red.