Well hell, I missed the National Day of Prayer (May 6)

I have no idea what ANTIFA is, or what it has to do with gun control.

It is a boogeyman for reactionaries. Extreme members of every faction like to gather and sucker punch each other (Antifa, Proud Boys, etc.).

The Nazi’s were infamous for it: Sturmabteilung.

Same here in South Australia. One is allowed to use force in proportion to the level of threat.

On the other side at Pt Pirie or Pt Augusta, I forget which. The owner of an hotel was upstairs asleep with his family when he was woken by a noise. He took his rifle. Then, half asleep, in poor light, he was confronted by an intruder with a rifle. Hotel owner shot the intruder dead. No charges were laid. Unfortunately, the bloke who was killed was a 20 year old local aborigine. The pub owner had to sell his pub and leave due to threats of payback.

My favourite was here in Adelaide. An elderly man stabbed an armed intruder to death. No charges were laid.

ME? I have the best mesh security door I could find at my front door. It has locks at three points, and will deter the casual criminal. A determined home invader will get into your house. I have no guns. I have a few walking sticks. Hit low; side of knee or to wrist or bridge of nose. To be realistic, in such a scenario, I would probably piss myself and collapse in terror.

I think it’s fucking hysterical that bleeding heart liberals who don’t even live in this country are the ones who claim to have all the answers for gun violence in the US.

This bleeding heart liberal would smirk but we are discussing human tragedy.

@mr.macabre We may agree on some points, we may disagree on others. But the numbers do not lie. Your nation, no matter how wonderful in many areas, has totally screwed up the gun issue.

My wife and I agreed not to have a gun in the house as long as we had the kids living with us.
In our current situation, we don’t have a firearm in the house because of my problem with clinical depression over the past 5 years or so. It’s not safe for me to have access to a loaded weapon

You won’t have a gun in your home because it’s mere proximity is a clear danger to your family and yourself, yet it’s everyone’s “right” to have one and endanger others if they want to?

Here in New Zealand we’ve got fairly tough gun laws, which became even tougher after the Christchurch mosque massacre (committed by an Australian). But I wonder if gun laws alone are enough to prevent crazy people from causing mass deaths. I used to live in Japan, which has some of the toughest gun laws in the world. Yet they’ve had a number of massacres using knives or improvised weapons, including gasoline, arsenic, and sarin gas. The most recent was the Kyoto Animation arson attack, which killed 36. The absence of guns doesn’t deter the Japanese from suicide, either. There are plenty of high buildings and fast trains.

Cars and trucks are probably more lethal than guns. There have been mass killings using vehicles in Barcelona, New York, London, and many other places. Guns may be more efficient, but vehicles are more available and deadlier.

So I wonder if just taking away guns is a solution, or whether it distracts us from the core of the problem: mental health.

BTW, god didn’t give you or anyone else rights. Our rights today were gained through political activism, revolutions, and wars. They were built on the sacrifice of many brave people, not the whim of an imaginary sky-fairy. You protect your rights by respecting the rights of others.

This bleeding heart liberal would smirk but we are discussing human tragedy.

Having the lunar right using the terms ‘bleeding heart Liberal’; Or ’ the left wing’ as pejoratives is pretty old and very lame. The lunar right is ,on the other hand, demonstrably real. How else could a malignant narcissist popularist be elected as President of the United States of America?

My basic position: A country may be judged by the way it treats the powerless members of its society. Especially the very young, the very old, the sick and the poor. Imo the most accurate way of doing that is to examine a country’s policies on health, education and welfare. In that sense I’m liberal, even socialistic. I make no apologies for my position.

My basic political position is that of pluralism.

Thought for today:" Beware of the true believer, in religion, politics or sports. Such people are naive at best, dangerous at worst." (Tarquin S Shagnasty)

That’s a term I haven’t seen before, and google didn’t return any sensible results. Can you define the term for me or give a link with a definition/explanation?

Yes, the press love to play on the fears of the gullible with such stories here, but they’re mercifully rare.

Just to add some much needed levity, I remember one such story reported. A woman looking out the kitchen window, spotted two youths breaking into the garage. She immediately phoned the police, and was told they currently had no one to spare, so she explained if they came right away they’d catch them in the act. Again she was told there was no one free.

She hung up in frustration. Then picked up the phone, dialled 999, explained why she was phoning, then when the emergency operator started to explain there were no spare officers, she said not to rush as she’d shot them both with her husband’s shotgun.

Sure enough police cars and Van’s appeared from everywhere. They caught the burglars alive and well, and arrested them. Then admonished the woman.

You said you’d shot them?

Yes, and I was told there was no one to spare.

Not sure it’s true, bit it made me laugh…

Close enough to all of the bullshit rioting and looting in the PNW. We live about 75 miles north of seattle.

The only thing I care about right now is what kind of life our grandkids are going to have if nothing changes in this country. CAREER politicans couldn’t fucking care less about the average citizen, they care about money and staying in office, that’s it.
Just like gun control, term limits are never going to happen either, it’s all just a giant cluster-fuck.

Are you seriously asking me to verify your wild claims?

Only if it means that much to you, my family and I live close enough to portland and seattle to get a front-row view of all this crap.

I think you are being very misleading.

Then why hasn’t anyone done anything about black on black crime in cities like Chicago and Baltimore. The numbers

Then why hasn’t anyone done anything about black on black crime in cities like Chicago and Baltimore.

Notice how your question contains the dubious assumption that nothing has been done. Sounds false to me.

Based on your attempt to evade, you can not deal with the numbers and simple fact that the gun issue in the US is a tragic mess.

Can you define the term for me or give a link with a definition/explanation?

Pretty sure I didn’t make it up. It infers such people are ‘loony’, because the word derives from ‘lunar’. At least I thought it did. I’m aware that there are still people who believe a full moon makes some people loony

To be fair, there is also a lunar left. Eg Fabians and anarcho syndicalists.

A couple of examples of contemporary use: 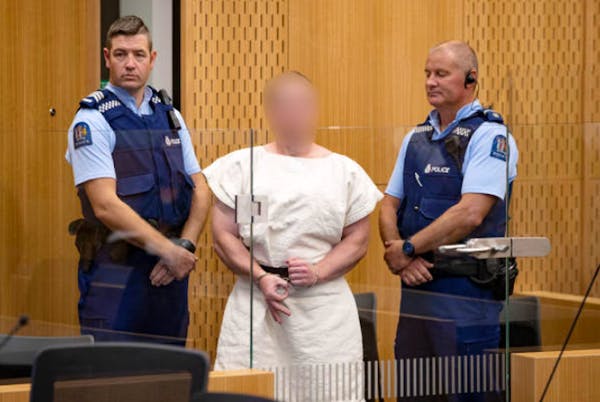 The identity politics of the lunar right | The Spectator Australia

On Friday 50 people were massacred in New Zealand; murdered by a terrorist who looked at women and children and saw nothing more than a religion. And already a commentary has started around these… 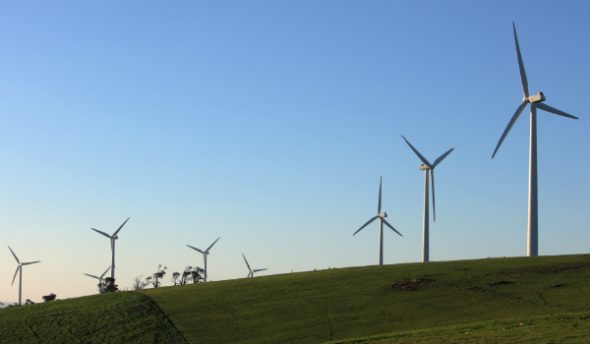 In Australia, as in the US, the right-wing still doesn’t understand the significance of “clean”, and don’t accept renewables could be cheaper, smarter and more reliable than…

A couple of examples of contemporary use:

Thanks for the clarification.

All you’ve done is repeat your unevidenced claim. What has this to do with gun control?

Only if it means that much to you, my family and I live close enough to portland and seattle to get a front-row view of all this crap.

That doesn’t remotely evidence your claim.

Then why hasn’t anyone done anything about black on black crime in cities like Chicago and Baltimore.

Another wild unevidenced claim, and now you’re sounding more than a little racist. Again I’m not seeing what your dubious claim has to do with liberal gun ownership laws, and the extremely high number of gun deaths in the US that is the result?