So what do you think?

I found this guy on YouTube. What do you guys think of his presentation? 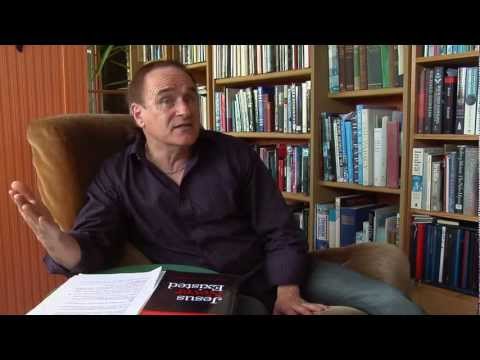 I came across Ken Humphries works some years back , I even bought his “book” (Jesus never existed" … Its a collection of his on-line posts … and as such gets periodically updated on line … I 've found his work compelling his facts as far as I can authenticate them are correct ,his suppositions are perfectly viable … in short I would recommend checking out his website …
(http://www.jesusneverexisted.com/)
He has all the right questions and some very compelling answers ,in my opinion well worth a look.

Honestly? An ignoramus out of his depth.

I gave up with “there used to be a lot of evidence for Jesus”. I’ll accept that he means contemporary or empirical evidence. There has never been any of either for the existence of Jesus/Yeshua ha Notzri as far as I’m aware.

There is no consensus among biblical scholars. Many non believing scholars take the view that at best it may be said that: A rabbi with a name something like Yeshua/Yoshua bar Yusuf may have existed in first century Judea. He may have founded a small Jewish sect. He may have been crucified by the Romans for sedition.

That has been my position for some years. I formed that position after reading a few of Dr Bart Ehrman’s books. Also a couple of book by archaeologists, but they’re about the history of Judaism. . Relevant because christianity is based on Judaism. Debunk some Jewish claims, debunk christianity.

Below is a link to a short lecture by Dr Richard Carrier on the historicity on Jesus. It is his position that Jesus is a mythical figure, not an historical one. I find his arguments compelling if not conclusive. 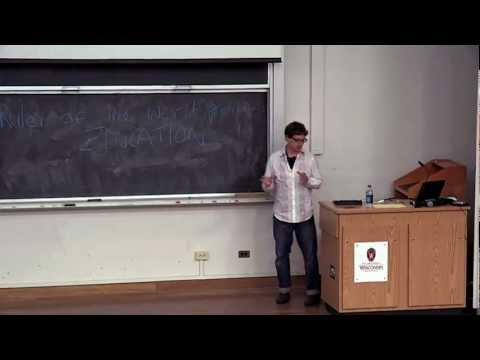 There is no way to actually get to “Jesus never existed.” The best you can do is debunk the magical claims, the fantastic stories, and the stupid crap that made it into scripture like, “ask and it shall be given” or “prayer can move a mountain.” or other such nonsense. The man, or men, behind the story… if a single man can be attributed to starting the movement… is not yet known and may well turn out to be fact one day.

It might be better asserted, the magical resurrecting Jesus who washed away your sin with his death on a cross never existed. That one is a whole lot easier to debunk. The more attributes we pile on this ancient fellow, the more likely he is to not have existed. The bigger we make him, the less existent he becomes.

Hey, I just thought of a riddle: The ole riddle goes, "The more you take away the bigger it gets. What is it? “A Hole.”

So: Name an historical figure who becomes more real the less you know of him.

The bigger we make him, the less existent he becomes.

When making claims about putative ancient people, it’s rare that we can say more than ‘probably’ or “most likely”

Even with figures such as Julius Caesar and Gaius Caesar Augustus Germanicus. (known as a child as 'Caligula)

It’s reasonable to say we know pretty much that Julius Caesar died from being stabbed 23 times. we know this because Julius had the first recorded instance of an autopsy, as far as I know.

Much of the rest we think we know about Julius Caesar was either written by him or his enemies. ***

What we think we know about Caligula tends to come from one source; Suetonius’ " Lives Of The Twelve Caesars"

In his biography "CALIGULA: The Corruption Of Power Anthony Barrett says Suetonius’ is “scurrilous”. Quite a common trait with ancient historians. The discipline of history as we know it today simply did not exist before Edward Gibbon at the end of the eighteenth century. Even he tends to be a bit subjective.

*** Julius Caesar wrote about half a dozen major works, each one dedicated to glorification of Julius Caesar. One sterling example of how successful he was is how he invented a people 'The Germans" and the country ‘Germania’ . Neither existed at the time. There was a broad, vague area with many warring tribes.

The closest to any kind of unified action came under Arius, a Roman raised ‘German’. They massacre of a full Roman legion in the battle of Teutoberg Forrest in 9 bce… A local king, Vercingetorix had tried and failed in 52 bce. Julius had him brought to Rome ins chains and strangled as part of a public spectacle