Inspired with god-given courage, Taliban warriors have bravely attacked schoolgirls from a safe distance with remote-controlled bombs. They killed at least 65 and maimed maybe three times that number.

I’m sure god is pleased to see this attack on the terrible sin of female education. And the mothers and sisters of these courageous fighters must be very proud that their sons and brothers have caused so much suffering.

They were not Taliban. Even they have condemned this action they were ISIS, who have a history of attacking the minority Shia Hazara tribes. In contrast to the Taliban who merely killed, tortured and raped them.

It will soon be back to normal in Afghanistan with the various “islamic practitioners of peace” attacking each other, setting up petty warlord enclaves and only uniting to fuck over anyone who tries to bring secular order to their hairy faced primitive fuckery. Its been the same since before Alexander, leave the fuckers to get on with it. Accept the refugees who want to run away from their bearded shite. Leave the other cunts alone and impose an arms embargo on the place.

Forget international aid. Leave them alone. It is what they really want. Rescue those who want it.

Forget international aid. Leave them alone. It is what they really want. Rescue those who want it.

I fully understand the sentiment and the outrage, sadly I’m not sure there is a solution, at least not short term. Equally sadly I’m not sure these barbaric god bothering cunts will allow those who want to leave to just walk away. Otherwise I couldn’t agree more, fence it in, seal it off, have a safe zone, and help those who want to, and can, leave.

You would never see anything like that in Christianity! The Christian God is a loving god.**[Hosea 13:16]
Samaria shall become desolate; for she hath rebelled against her God: they shall fall by the sword: their infants shall be dashed in pieces, and their women with child shall be ripped up.

I have to go vomit now…

Equally sadly I’m not sure these barbaric god bothering cunts will allow those who want to leave to just walk away.

First off, it is sad a person may have to contemplate leaving their family and home nation because of intolerant religious zealots.

The story of this Pakistani education activist tells a brutal story. She was shot in an assasination attempt just because she was pushing for females to be allowed to learn. Malala Yousafzai (Pashto pronunciation: [məˈlaːlə jusəf ˈzəj]; born 12 July 1997), often referred to mononymously as Malala, is a Pakistani activist for female education and the youngest Nobel Prize laureate. She is known for human rights advocacy, especially the education of women and children in her native Swat Valley in Khyber Pakhtunkhwa, northwest Pakistan, where the local Pakistani Taliban had at times banned girls from attending school. Her advocacy has grown into an interna The daugh...

OH FUCK! All of this is just propaganda. ISLAM IS A RELIGION OF PEACE!
All this fuss over a few women???

Everyone just needs to relax. Christians killed a lot more people in the Crusades.

My way of pointing to the obvious.

The best course of action for a woman is to just accept this and submit to her man!

I’m in my submission pose! 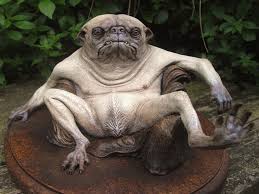 They were not Taliban

So in addition to the grievous sin of trying to get educated, those girls were also condemned for following the wrong brand of Islamidiocy. Shame on them.

All this fuss over a few women???

Islam is nothing more than one giant fuss over women. These pathetic loons are absolutely terrified of women, so they dream up all kinds of rules and laws to keep them under control. I wonder if all goes back to Abraham’s problems with his sister-wife and slave-girl.

Inspired with god-given courage, Taliban warriors have bravely attacked schoolgirls from a safe distance with remote-controlled bombs. They killed at least 65 and maimed maybe three times that number.

(NOTE: Please do not misunderstand my point of view. It was horrible that girls were attacked, and that it had such horrendous results. There is no excuse for it. I am merely bringing up something oft ignored in conversations like these.)
I find it interesting that it was girls who were attacked this time. It is most often men and/or boys attacked in this manner (even if it’s more ignored in the media), and usually at a much greater number (though not always), so I wonder what made them attack them?

I wonder, how many boys and men have the Taliban attacked, and how many were killed, maimed, and/or injured? Depending on the amount, they might have finally taken another turn for attention, and thus attacked girls as well. It’s horrible either way, but it makes me imagine, stuff like this would have never happened if boys/men were cared about to the extent that women/girls are, and would have stopped Boko Haram and the Taliban?

Just think about it: those girls’ deaths could have been prevented.

Now, it’s obviously due to education matters, but it’s not like only female education is the only one attacked. It is merely more education in general is hated. It just happens to be that female victims tend to get much more attention (though not always).

I’m sure god is pleased to see this attack on the terrible sin of female education. And the mothers and sisters of these courageous fighters must be very proud that their sons and brothers have caused so much suffering.

Looking at a problem is important, but this just sounds sexist.

Perhaps. But it’s worth remembering that women play a major role in the oppression of women in male-dominated societies.

I would also like to add onto my previous comment that “Dancing Boys” (Bacha Bazi) is a common occurance in countries like this, and may be perpetrated by the Taliban and similar groups often:

Perhaps. But it’s worth remembering that women play a major role in the oppression of women in male-dominated societies.

Yes, but that’s not how it was worded. That makes more sense now.

Islam is nothing more than one giant fuss over women

Neither are the other two Abrahamic religions.

It’s only a matter of degree. The extremist who murdered those children are not representatives of Muslims generally, any more than the KKK is representative of Christianity generally.

These terrorist tend to find their genesis from the extreme Wahhabi sect of Saudi Arabia. Unlike the rest of Islam and indeed Christianity, these murdering cunts have not moved on from the seventh century.

Just a foible I guess, I’m reluctant to demonise say a billion people on the basis of the behaviour of a relatively small group or groups.

Interesting aphorism. Would you like to have a go at expanding? (please don’t say it’s self evident)

Is this in reference to Steven Weinberg’s statement “With or without religion, good people can behave well and bad people can do evil; but for good people to do evil - that takes religion”?

Another of those seemingly wise but actually quite stupid aphorisms.

The evil was always there. Religion was/is simply an easy way to rationalise that evil. If we didn’t have religion, we’d come up with something else; we’re nothing if not creative

There was one I read the other day. It gets quoted often as some form of “truth” indicator… In a time of deceit, telling the truth is a revolutionary act

Those that quote Orwell as a support for their “truth” (and view challenge, critical responses, questions and lack evidence to support their claims- “they just know”) - do not comprehend Orwell. In fact, my guess is a good many have not read his writings or understood the era in which it was written.