Priest and the seal of confession

Am I understanding this wrong, or do priest really not have to report confessed crimes, including child molestation, if done under “the seal of confession”? Really? Really? I so hope I’ve got this wrong.

Am I understanding this wrong, or do priest really not have to report confessed crimes

That is the perception, but it is not correct in Australia. Here a priest must advise police if he learns of a crime.

There is conflict which many of those not familiar with Catholicism may not be aware. Viz; that according to the Church, Canon law trumps civil law. That attitude doesn’t seem to have changed down to the rank and file priests and bishops. IMO it was that attitude which lead to the [ongoing] practice of child sex abuse within the church.

I don’t mean to give the impression that abuse was/is only in the Catholic church. From what I’ve read over the last few years, such abuse occurs in many other religions, ranging from Judaism to Islam to even the Amish. Imo, such abuse may occur wherever and whenever men have power over children. So , I think it extends to such organisations such as the boy scouts and Sporting organisations.

Similarly, it is also my opinion that sexual assault against women may occur whenever and wherever men have power over women. I think it occurs systemically within some organisations/industries and within male /female relationships such as marriage.

I read somewhere that all men can rape, but not all men do. Perhaps we need to be looking at what people are doing right as part a broad approach to addressing rape and sexual assault. Seems to me that the enemy may not be men per se so much as patriarchy. Imo that gives many/most (?) men a sense of entitlement over women.

Please don’t yell at me, I’m only expressing a sincere opinion.

This from what seems to be a catholic website:

"MELBOURNE, Victoria, Australia (ChurchMilitant.com) - Priests in the Australian state of Victoria must now choose between being jailed for keeping the seal of confession or being excommunicated for breaking it.

A state law took effect on Monday that forces priests in the state to report knowledge of child sexual abuse gained from the sacrament of confession or face up to three years in prison. Victoria’s Attorney-General Jill Hennessy asserts that priests can no longer use the confessional seal as a reason for not reporting child abuse." 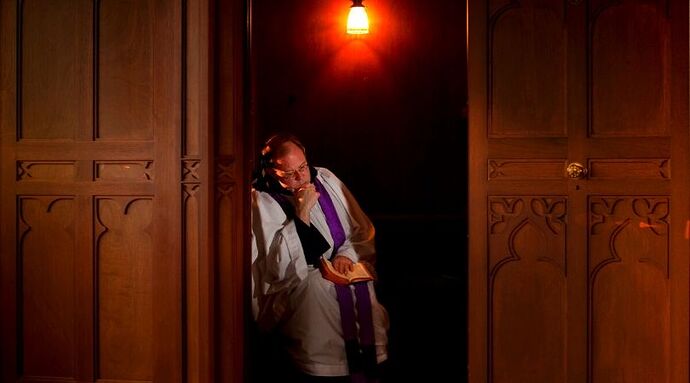 Priests must choose between prison or excommunication

Well, good for Australia. It doesn’t appear to be that way in much of the U.S. I knew that the church said priest couldn’t divulge confessions, but I hadn’t realized they were protected under civil law like some &*%$ lawyer. Some professions are mandated to report even suspected abuse, but priest being told first hand of abuse don’t have any requirements under law to report it. That is the most disgusting thing I’ve learned about a religion lately.

do priest really not have to report confessed crimes

It’s worse. They cover up crimes by other priests. Bishops have routinely transferred abusive priests to other areas to avoid prosecution. As long as the dirty priests confess to another man in black, all is forgiven.

Not sure I’d go quite that far. I’ll settle for deeply corrupt. [since the fourth century when they began murdering dissidents]

I guess this might be one of them there distinctions without a difference thingies.

Prima Facie the Catholic Priesthood fits all the requirements for the Victorian State anti gang laws, However, as in Qld and WA they wimped out and the Church is exempt.

Not sure I’d go quite that far.

Likely according to whom? I’ve read the book about the putative murder of pope John Paul 1. As far as I’m aware no criminal charges have ben laid and convictions obtained.

As much as I agree such things are possible, right now I think the claim of likely has not been established

I tend to go with the “looks like a duck…”,
PERHAPS the initial roots of the Catholic Organization (Church) may have been useful (politically and for the religious/faith/Christians) it has throughout the centuries morphed itself into a crime ridden and powerful/control organization. To be fair, so have a great many religions and political structures.

To initiate a “group”, name it, set out a form of “community good” (ie protect the neighbourhood, say like “Neighbourhood Watch”) and then have the upper guys get payoffs, the lower guys do criminal activities (say, you need to pay a fee for the local service of Neighborhood Watch otherwise your house gets robbed), does not necessarily keep the naming of the group, “Neighborhood Watch” clean from the criminal acts and coverups and conspiracy within its “group”…

Give any organization money and power, and corruption and unsavory characters creep in. I will just name a few sporting organizations that are known to be rife with corruption.

Give any organization money and power, and corruption and unsavory characters creep in.

It seems when we dont watch the bastards every waking minute they go wrong.

any group of humans, some will find their way to corrupt practices for their own advantage (fuck everyone else).

How does the “organization” deal with it? There-in lies a solution

I steal from my employer (do I get fired?)

How “much corruption/crime” does any organization tolerate before it is completely complicit?

All Priests in California, USA are mandated Child Abuse Reporters. Your state could be different. I personally had one Arrested when I began my internship, many years ago. The fucking asshole allowed a small girl to be molested by her father for over 5 years and the case only came to light when the brother was caught attempting the same thing.

The preist, in “spiritual counseling” told the family to pray. He had the father buy and blow up doll for his urges. The result of this is that the girl when unprotected for 5 years. 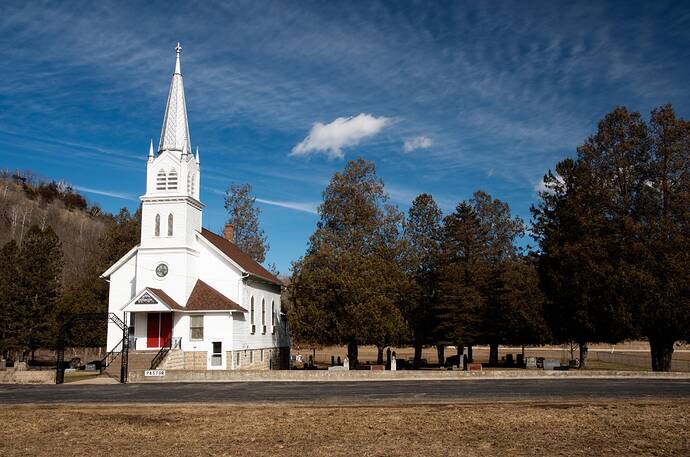 Clergy as Mandated Reporters, Without Exception?

Amid continuing revelations of child sexual abuse committed by clergy members, some states are rejecting such exception and requiring clergy to report information received through personal confessions – or possibly face criminal fines and jail. With...

According to former Chief Justice of the United States Warren Burger, "The clergy privilege is rooted in the imperative need for confidence and trust. The... privilege recognizes the human need to disclose to a spiritual counselor, in total and absolute confidence, what are believed to be flawed acts or thoughts and to receive consolations and guidance in return." A pastor has a duty to hold in confidence any information obtained during a counseling session. A pastor who violates this trust migh...

It appears to me that both the article you stated, and this wikipedia article, are specifically exempting penitent confessions, and as long as the admissions are kept in the confessional they are still exempt from reporting. In the name of religious freedom people are given the right to abet in heinous crimes. The stand of the catholic church that they will excommunicate any priest who divulges a confession, and even that priest would rather die than do so, seems pretty clear. Yay for the side of reason that you managed to get that girl out of there and consequences for those involved.

It appears to me that both the article you stated, and this wikipedia article, are specifically exempting penitent confessions, and as long as the admissions are kept in the confessional they are still exempt from reporting

I guess I shouldn’t be surprised. That law protects paedophile priests as far as I can tell.

Going by the number of homeless children and education system, the US doesn’t seem to be a society which cherishes its children on a concrete level.

the US doesn’t seem to be a society which cherishes its children on a concrete level.

When children being mowed down in regular school shootings can’t get a change in gun laws I can’t argue that you’re wrong. After the Sandy Hook elementary school massacre there was a conspiracy theory that it was all just an act to turn people against guns and the parents of the murdered children got death threats for “playing along”. The gun lovers needn’t have worried though, nothing much changed. 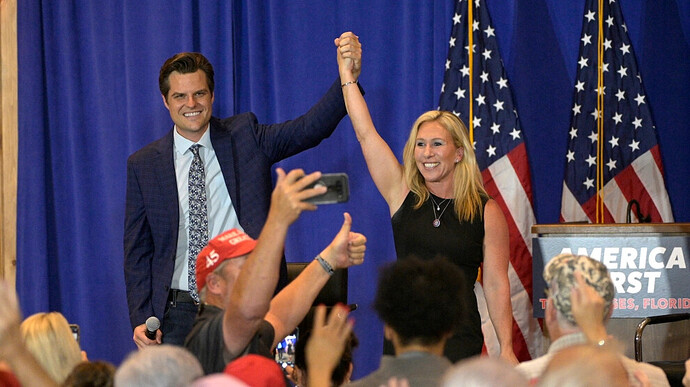 I am a CAtholic… I am on this atheist website because the God you don’t believe in… told me to be on here… haha… so anyway… Yes… we CAtholics believe that when a person confesses his or her sings to our Priest… this is confidential between the Priest, time…he Penitent (person confessing) and our Sky Daddy… aka God the FAther, the big G… the Creator of heaven and EArth… the jewish God… and of course Jesus Christ who was allegedly both God and man… at the same time… if you can understand that… of course the Blessed Virgin Mary as we call her… got pregnant technically from God… so that is why Joseph was freaked out when she was pregnant… and they had not been married yet… and allegedly she was 14 years old when all this happened… anyway… let’s see. so this Priest is bound by a vow that he can never reveal what a person tells him… even to save his own life… because it is private between God and the person confessing…

@susanh Most of us understand that the roman catholic church has this wall of silence. And you have stated that Mary lied. To protect whom? She was already knocked up, so she was in hot water. So she was protecting the most powerful entity, one who could level a city with a sneeze?

But exactly why does this have to be kept silent, if not to maintain control over the fool that told a priest a dirty secret?

Please explain why the confession is kept secret?

If you want to get into “sin” and all that, then fine, the confessed SIN is between the confessor and god. But, the criminal part is a real human issue.
Let your god deal with punishment of sin in the hereafter, we’ll deal with the punishment of the actual crime in the here and now. It’s a win/win situation.