November 11th, a day of remembrance, a day to pay respect

On the 11th hour of the 11th day of the 11th month of 1918, World War one ended as the Armistice with Germany went into effect. There have been other wars and conflicts that also cover their remembrance. This is a special day, not just a casual day to commemorate a casual holiday.

Good people willingly put their lives on the line to defend their lifestyle, their families, and their nation. Tragically some perished, others were maimed or crippled for life.

I request that for this day, no matter our positions on religion and any other topic, we come together in a common cause, to pause, to reflect, and remember those who served our respective nations, and paid the ultimate price. 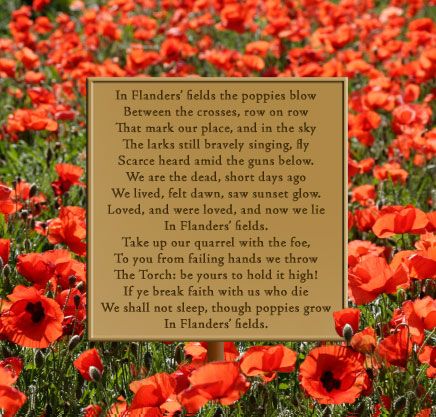 Never forget, never stop remembering those who served and were willing to sacrifice their lives. For us.

According to his friends, my dad had a ‘hard war’

Royal Australian Airforce, Lancasters, reconnaissance .He spent time in North Africa, England, and India, plus Canada, although I don’t know what he did there.

Dad and each of his friends, without exception had PTSD. Dad was not diagnosed until 1989.

It’s hard for me to empathise with anonymous others. So today, but more so on ANZAC DAY (April. 25) I remember my father and his mates, for sacrificing their youth and for the courage they needed each day… .

With proud thanksgiving, a mother for her children,

England mourns for her dead across the sea.

Flesh of her flesh they were, spirit of her spirit,

Fallen in the cause of the free.

Sings sorrow up into immortal spheres,

There is music in the midst of desolation

And a glory that shines upon our tears.

They went with songs to the battle, they were young,

Straight of limb, true of eye, steady and aglow.

They were staunch to the end against odds uncounted;

They fell with their faces to the foe.

Age shall not weary them, nor the years condemn.

At the going down of the sun and in the morning

They mingle not with their laughing comrades again;

They sit no more at familiar tables of home;

They have no lot in our labour of the day-time;

They sleep beyond England’s foam.

But where our desires are and our hopes profound,

Felt as a well-spring that is hidden from sight,

To the innermost heart of their own land they are known

As the stars are known to the Night;

As the stars that shall be bright when we are dust,

Moving in marches upon the heavenly plain;

As the stars that are starry in the time of our darkness,

plus Canada, although I don’t know what he did there.

My Dad was a sergeant Instrument Maker. He was seconded to Canada and the Us( another story) Primarily to show the RCAF how to bomb accurately using the new bombsight . He was posted with a Lanc and a Halifax plane and crew and a US made Liberator Bomber used by Coastal Command for U Boat interdiction.

The Lancaster boys went on the US to train the US Army Air Force on precision target bombing. The Liberator Boys went to the US Coastguard. My Dad was seconded to them later returning to the UK in 1943.

That is a possibility…OR he could have been an ordinary Training Crew member. Be interesting if he was a member of the same mob as your Dad!

Be interesting if he was a member of the same mob as your Dad!

Yeah it would. Dad was an Air Sergeant navigator…

He was in Vancouver in 1943, which is where and when he met my mother…

As with everyone I’ve ever known who experienced combat, dad would not talk about his job. He did talk about his experiences on leave.EG climbing inside Khufu’s pyramid in Egypt, skiing in Wales. Of going to Kashmir, which he considered the most beautiful place he’d ever seen—he did not speak of flying 72 hour missions nor of what it was like to live with fear ever present

I have a souvenir mug that my grandfather bought on Armistice Day with this “11th hour of the 11th day…” inscription on it. Every time I see it I wonder how they chose this particular time and date. Did someone decide it would be more symbolic or memorable to end the war on a string of elevens?

That’s important to me, because men, boys really, were dying right up to the last minute of the last hour of the last day of the war. Any time is a good time to end a war.

I believe the 11, 11, 11 was chosen as what we now consider a meme, it just sounded cool. The armisitce was actually signed at Compiègne, France at 5:45 am, November 11th, 1918. Even then, artillery shelling continued into the night. The armistice was extended a few times, and the final resolution of that war occurred with the signing of the Treaty of Versailles, signed 28 June 1919, enacted 10 Jan, 1920.

Thanks to the legality of poker machines, New South Wales has some huge RSL*** clubs. (the one I went to the most had 20,000 members) At 11PM, a voice comes onto the PA, as all activity ceases:

**Returned and Services League Of Australia Service. Originally founded for veterans of WW 1. It was later extended to include WW 2 veterans. Today, any serviceman or woman who has fought in an armed conflict with Australian forces may join. All members of the armed forces on active duty are automatically members.

Trivia: When I was conscripted the drinking age in some Australian states was 21. However, in all army camps, anyone on active duty could get a drink. Theoretically that could be as young as 15.(apprentices) Not sure about pubs.

In 1967 the legal drinking age was 21. I joined the Naval reserve in 1967 at the age of 16, went to Halifax, and with just my military ID, could drink in the Fleet Club. Legally.

I started my military training early.