I was just walking through the park and there it was under a pile of Ginko leaves, a small sliver of dark, pre-Jesus looking wood.

A group of Jehovah’s Witnesses who were standing on a nearby corner, abandoned their books and pamphlets, and rushed over as fast as they could. I held up the small sliver of pre-Jesus wood and they were sufficiently impressed. They fell to their knees, clasped their hands together under their chins and began to pray.

I knew in an instant that I had to act fast, before all the reporters arrived. I dashed to the car, flung open the trunk, pulled out a small shovel, ran back to where the ark was burred and began to dig.

A small crowd began to gather. I showed people the small piece of wood and convinced all true Christians to help me dig out the ark.

When the police arrived, the hole was about 10 feet deep and 15 feet across. The Jehovah’s Witness had contacted the rest of their congregation and they were all assisting in the bucket lines. The true Christians, about 20 of them, were in the hole digging as fast as God would let them.

The police were not very nice. They just started beating people and screaming something about city property. I tried to show them the pre-jesus wood that I had found but some asshole wrenched my arm behind my back and knocked it from my hand.

Fuck! I know that when I go back there the damn cops are going to have that fucking hole filled in. That means the pre-jesus wood is buried in a 10 foot deep hole in the frigging park someplace. Do you know how hard it is going to be to find it again??? DAMN!

Anyway, as soon as I am out of here, I will contact my Christian friends and we will go back to the park and find that piece of pre-jesus wood and dig up that damn ark.

Then you will believe me.

Makes sense!!! Do you need money

for bail and shit???

I asked the Judge about bail… he said something about a 30 day evaluation period. I told him that it does not take 30 days to evaluate a person. He, for example, was an up-tight piece of shit, know it all with a stick up his ass on a power trip who expected everyone to bow down to his authorataaeee. As the officers were dragging me out of the courtroom, I offered to write my own evaluation and told him I could have it done in an hour. I never heard his reply. Hey! I just realized something, Looking around. This room reminds me of you! It’s awfully White in here!

Focus on me baaabbbeeeee - I’m there with you in “spirit”.

The fact the judge used a rolling pin instead of a gavel should have been a red flag.

Then you will believe me.

One teensy little question, hardly worth asking really: I’ve always understood that Noah’s Ark came to rest on the hill of Golgotha outside of Jerusalem.

I think you may be confused. I think what you found was not a piece of pre Jesus wood at all, but was in fact an actual piece of Jesus wood. IE a piece of the cross to which Jesus was affixed. Makes sense because hundreds if not thousands of pieces of the cross were floating around Europe during the middle ages. I think one of the the early Christian Missionaries to Asia must have had a piece.

Umm how big is your bit? It’s well known that all pieces of Jesus wood measure approx 1 inch square. Don’t know how to tell you this, but if your piece is larger it’s a fake. God obviously put it there to test the faithful. You know, just like he did with all the fossils.

You should have no problem finding it again, I hear Ken Ham is already selling tickets to see it.

That’s what everyone thought, but I got curious when I saw the sign 골고다 파쿠 (Golgotha Park) in back of my local Church. There it fucking was. It was immediately obvious to me what had happened. The fucking Koreans had stolen the ark. Revered Sun Myung used the funds he had stolen from the Unification Church to fund an expedition and recover the ark. He then, concealed the ark in a secret compartment of a Boeing 747, and snuck it into South Korea where he concealed it by sealing it in a huge glass container and burying it in back of his church. Moon(https://en.wikipedia.org/wiki/Sun_Myung_Moon). This is the real reason he has not returned to America. The Ark is there. I know it. When Jesus returns and marries a Korean, it will be revealed for all to see.

Sooo wrong. The ark did not hit a mountain, it came to rest on the Great Barrier Reef. Three very drunk Aussie explorers found it, and sold it to a Greek shipping magnate who had it completely rebuilt, into the Love Boat. Sadly, the Love Boat was scrapped in 2013, and the steel was used to make sporks. 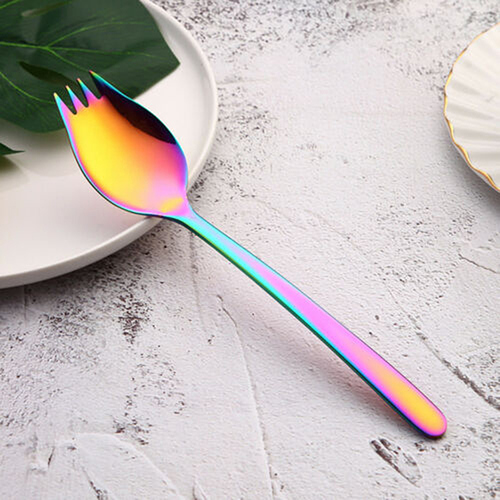 Lies! blasphemy! Lies. You will burn in Hell! There is a reason they call it the “Land Down Under!”

Thanks to you two, my Zeitgeist is now totally discombobulated. What a mean thing to go to to a poor old man.

Have I mentioned that I possess the actual table on which Jesus’ last super was held? I’m decluttering, so will be having an Ebay auction soon

Have I mentioned I also have Lord Byron’s type writer?

----Excuse me, it’s time for my medication

No, no, it’s right there in Williamstown Kentucky. Complete with animals and everything. They even have dinosaurs. It won’t cost you anymore than a trip to Disney Land, though they do gouge on the parking. I’m sure it’s up and running, even though it recently suffered flood damage. Go figure.

How close is that to Hardy Arkansas? I didn’t even think of that! I am planning on retiring in Arkansas… Cherokee Village, Hardy, Ash Flat, Horseshoe Bend, areas… Been looking at houses.

No, no, it’s right there in Williamstown Kentucky. Complete with animals and everything. They even have dinosaurs.

Is that the place where they have a diorama of a dinosaur being ridden by a child.?***

The book tells about Jesus and his pet T Rex. It begin with Jesus removing a small tree from the paw of the T Rex. Of course they were inseparable from that time. Right up the the incident where the uppity Roman who upset Georges. (that was T Rex’s name) Georges ate him. Jesus was very embarrassed----

There are some who say The Book Of Trevor is a late nineteenth century forgery, just because it’s written in French. I say it’s too good a story not to be true.

Looks like it’s about 500 miles. That would be a long drive for you to just end up getting kicked out in 5 minutes. Seriously, I know I wouldn’t be able to stop laughing, even as they chucked me out.

I’m not sure if there’s a kid riding a dinosaur, but I wouldn’t put it past Ken Ham to be pushing that ridiculous scenario. It’s like he has a PhD in ridiculous. A video of him teaching children to counter with the line “Were you there?” when someone attempts to explain evolution, is stomach churning. An ironic argument coming from someone who definitely wasn’t there to witness anything from the bible. I wonder if I could start a movement to have him declared an Australian National Treasure and get him sent back? Unfortunately I’m sure there’d be a competing movement aimed at keeping him out.

As I understand it. There is a small sculpture of a dinosaur that has a saddle, that kids are encouraged to sit on and have their picture taken.

The owners claim that secular amusement parks have similar attractions; and I would agree. My problem is this site is described as a museum, not a fantasy amusement park.

Anyway, I understand he’s now living in the US and you’re welcome to him.

Yes, he’s a prize, a booby prize. To make matters worse the poor chap is afflicted with a face like a peeled penis…

though they do gouge on the parking. I’m sure it’s up and running, even though it recently suffered flood damage.

The parking thing made me smile ironically, but the flood damage thing just turned me into a guffawing mess…

Well then, the prize is well deserved, We are after all, a nation fo Boobies! The only other place in the running was
the Galapagos Islands, but we had one extra species. “The Bullshitting Orange Crested Boobie.”