God is real, change my mind

I wonder what his faith towards his shit religion would be like if no one supported it.

If no one else believed it, people would treat the poor bloke as eccentric at best, seriously demented at worst.

Right now, I have no idea if either holds true, and really don’t give a flying farnarckle; he’s boring

Yep. That’s a good reason for not believing in god, Santa Claus, and the Tooth Fairy.

That’s a good reason for not believing in god, Santa Claus, and the Tooth Fairy.

Not sure about that.

My disbelief comes from a lack of empirical evidence. As far as I’m aware, there are five main logical arguments for the existence of god(s),at least one going back to Aristotle and before. Each has been thoroughly debunked. Below an explanation of Aquinas’ Five ways

Every claim about gods I’ve seen is so far unfalsifiable. I’m unable to accept that god can be argued into or out of existence. It remains my opinion that logic at the level we use it here is not a reliable tool for arriving at absolute truths. 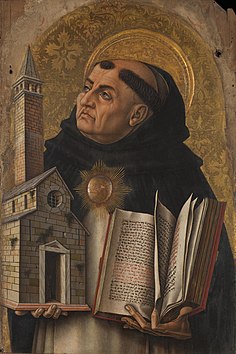 The Quinque viæ (Latin for "Five Ways") (sometimes called "five proofs") are five logical arguments for the existence of God summarized by the 13th-century Catholic philosopher and theologian St. Thomas Aquinas in his book Summa Theologica. They are: Aquinas expands the first of these – God as the "unmoved mover" – in his Summa Contra Gentiles. Because most of his ways can be traced to arguments presented by Jewish philosophers (especially Maimonides, whose work Aquinas was known to be intimate...

If that’s all you have to offer, color me unimpressed.

Unfortunately, it appears we got trolled. If the OP does not show up and engage in conversation within the next 10 days (total time since OP 2 weeks), I shall be forced to sanction this individual.

I shall be forced to sanction this individual.

Do you mean ban?

Do you mean ban?

Condemn them to hell?
Oh, wait…

Condemn them to hell?
Oh, wait…

What about a good shafting? Do we do that here?

One step at a time. I must first allow them time to engage this forum. That is why the two week time frame.

This sucker’s long gone, or my name isn’t Huckleberry Finn…

What a great idea. We should start anotther chat room where no one is allowed to chat. We can call it “Atheist Hell.” Posters who end up not engaging in their own threads end up there. We just move the thread into “Atheist Hell” and it sits there for eternity. 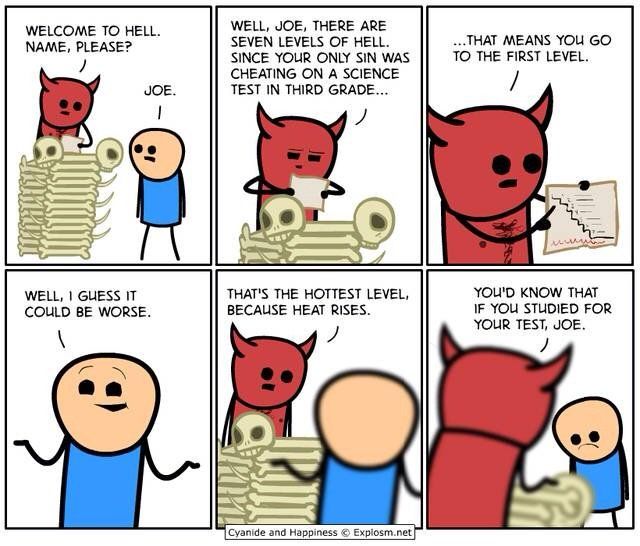 @MrDawn With great regret and remorse I must inform you that I do not believe in a hell, and that I did not have to cheat, achieving a GPA of 4.00.

And for my aero engine technician formal training, I was the highest score since a class from 1945.

When you work with gas turbines, one comes to understand hot air.

What about a good shafting?

Not quite, but almost.

Only the older members are aware, but we have a Master at Arms. His name is Tarquin. When someone has been especially recalcitrant, we sent Tarquin around to see him. He is always accompanied by Maurice, his attack ferret. Tarquin carries a satchel, in which there is small mallet and a medium size green pineapple.