Do you fear death?

I don’t fear death, I fear leaving my friends and family behind.

Me too. When I was facing a medical emergency and I knew the odds were shaky, my thoughts were not to appeal to a god, or myself, it was a concern for my wife and the loved ones I left behind.

Same. Until my guys are fully capable (hahahahaha) uh - legally able - to care for themselves.

Of course I do not want to die, and I hope my death is quick and painless.

If I do find it’s dragging on, then I’ll stop checking altogether…

Disregarding any satire/irony/humour – this is all good and well, until you realise that being a voluntary roadkill is not something affecting only the roadkill. The other part, the roadkilling part, might suffer guilt, depression, breakdowns, and psychological problems potentially for the rest of their lives. And that is in addition to possible legal repercussions, depending on the situation. So the moral of the story is, don’t let random strangers effectuate your non-fear of death.

Disregarding any satire/irony/humour – this is all good and well, until you realise that being a voluntary roadkill is not something affecting only the roadkill.

To be 100% clear, I was indulging in uncouth levity…

Hit and miss . Besides you’ll traumatize some poor driver. One car accidents are better I think. Driving into something solid at speed is pretty good.

Addendum. I forgot to ask; Why on earth would you want to do that? 70 is old, 60 ain’t. Or is that an example of Canadian wit? Far too subtle for me.

I’m still able to look after myself ,shop cook etc. I hate housework so seldom do any apart from wet areas. I hope to continue until I set the house on fire or drive my car through a wall or shop window, having hit accelerator instead of brakes…

To be 100% clear, I was indulging in uncouth levity…

Poe’s law applies. Or does it? 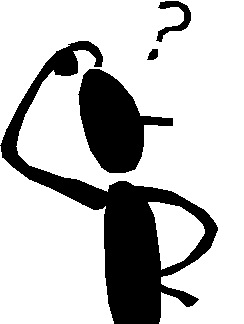 Or is that an example of Canadian wit? Far too subtle for me.

Sheldon’s a Pom, but I gather he does shower.

Sheldon’s a Pom, but I gather he does shower.

Really? Oh I say, I’m terribly sorry. But then that’s hardly his fault unless he migrated there by choice.

Yes, I’m aware that many Brits shower . However, going by the time I spent on the tube, not all and not often. Here in Oz, showering once a day is usually considered the minimum required. . People who do heavy or dirty work also tend to shower after work.

People who do heavy or dirty work also tend to shower after work.

Even those in relatively cushy jobs back in the day before air conditioning…shower in the morning, after work, and before bed…and again after sex if you got lucky.

Now with air con and the fact that I dont go out in the noonday sun anymore…once day is the go.

From my experience, the heavier and dirtier the construction work I did, the cleaner I was once away from the job site. In the morning, you know it’s going to be a dirty day, so you shower and put in clean clothes. And once home, covered in concrete dust or just grime, shower and a complete change in clean clothing was required. And since my hands were very dirty, each day it was the hand brush, scrubbing away the grime and from under my nails.

Interestingly, this serves me well in these days of Covid. In such dirty conditions, one learns to keep their hands away from the face. For me, it is now a learned habit, to keep my hands away from my face.

Now with air con and the fact that I dont go out in the noonday sun anymore…once day is the go.

During my two years in army, I was in a total of eight different camps, In Australia and overseas***, for varying lengths of time. Always live in barracks. Without exception, every bloke in my barracks always showered first thing in the morning and again immediately after work when we would all change into civvies. I did so to mentally wash off the army.

**Overseas was Malaysia for 8 months, Singapore for six months. I loved it. It was sheer arse. In my intake of 1200 men, 12 of us went to Malaysia/Singapore…

Your post is more of a story about your own funerary preparations and lack of any fear of death than any legitimate question or debate about any fear of death. Is that what this “debate” forum is for?

I fear being in pain and being killed. I’m an animal, so that’s partially instinct.

Pain is something I’m (as far as I know) more cognizant of than other animals. The fact that humans can anticipate pain and death in the abstract is a very real factor in our aversion to not wanting to think about death.

I don’t want to die. I don’t like the fact that I’m going to die. I fear how I’m going to die more than not existing anymore, especially since I don’t know the bounds of existence, and because I’m aware of far too many slow, conscious, painful and horrific ways to die.

Is there some existence after the death of any earthly animal?

If there is, and it might be bad, then why wouldn’t you have some fear of it?

If not, it doesn’t matter: does it?

So, were you asking about the means or end?

And to you too for the loss of your sister. Its never easy.

A quick check reveals that all the contributors to this thread so far have been atheists. None as far as I know have ever expressed any fear of after-death experiences. This is not the first time this subject has been discussed in this forum and the longer-standing members are familiar with each other’s views on this common subject. Pardon for that but its a slow time of the week for theists. You might want to check some older longer threads for full on debates. There have been some memorable ones recently.
Debate only arises where views don’t align, but with the absence of theists for the moment the ‘debate’ has devolved into a chat. Did you want your money back?

But addressing some of your points…I don’t want to die either, no one likes to leave a good party before its really over, but with the luck of increasing age, one has the advantage of addressing the issue candidly with others, either as a general topic or with those fast approaching their imminent demise. With such intimate and personal exchanges, one can adopt an increasing acceptance of one’s own death. Death just doesn’t happen to you and with like all experiences your perspective can be positively affected in exchanges with others.

Admittedly the exact manner of my death concerns me but there are so many different ways to go I think it impractical to worry myself about which of the multitude of ways will claim me.
Some old bloke near here got hit in the head with a golf ball the other day while on the course. Killed him outright on the tenth. I can’t imagine he was expecting that. If he thought about dying at all he might have worried about a death in a cancer ward, or in the wreckage of a car crash, but instead, it happened while he was enjoying his hobby. So what would good would the stress of fretting about his death have served him? None is the answer. And more importantly, for an atheist, without any belief in afterlives or celestial punishments and rewards, there is even less reason to worry your guts out about how you might die. You are better off just getting on with enjoying or dealing with the life happening right in front of you.
Death is inevitable. No need to fret. It will come. And there can’t be any advantage in rehearsing your reactions to it. Better to improvise when and where it actually happens.
Just be careful out there. Watch out for golf balls.
And welcome to the forum.
There should be a debate along any time now.

I’m Welsh, not English, so I’ve only been on the London underground 2 or 3 times in my entire life. Quite enough for me.

Welsh? Sing us a song?

Your post is more of a story about your own funerary preparations and lack of any fear of death than any legitimate question or debate about any fear of death. Is that what this “debate” forum is for?

You need to give us a clue whose post your referring to?

If there is, and it might be bad, then why wouldn’t you have some fear of it?

I can only speak for myself, but it’s probably the same reason I don’t fear ghosts, or the Loch Ness monster. I can’t conceive of any objective or tangible thing to fear in unevidenced superstition.

Dying might be unpleasant, but being dead I can infer my physical brain will no longer function. Hard to see how can experience anything without it.

You win this week’s prize for understatement.

From 2001-2006, I watched my father die by inches ,demented, confused and deeply unhappy. In 2018-19 I watched my beloved friend of nearly 50 years waste away and die after great suffering, from Gastric cancer.

I’m sure death is mundane for many people, but for many, it seems to me dying is far more than unpleasant.