Do Aliens Have A Religion?

I believe that God and space aliens are real.

Based on your posts, I believe you are a troll.

If there were aliens, and if they were technologically superior or had their own galactic religious observances, and if they were seeking to impose their will against other planetary civilisations of any sort, they might search the universe for lesser forms of intelligent life to dominate, but after all the time taken to achieve this improbable goal, surely they would have learned, just like our own ancient pharaohs, caesars, emperors, bishops and priests over a shorter time span, that it’s easier to dominate a population by taking over their religion and modifying it to their own purposes…its sort of what the C19 virus does…Corey here is likely a member of a secret advance party of alien theological shock troops whose first objective is to remove, destroy, those who are most resistant to the improbabilities to belief in gods and afterlife wish fulfillment…Stand fast comrades, dare to disbelieve!

…its so easy to create any sort of wild fantasy when you aren’t obliged to provide evidence…or you’re a troll…destroy atheism? LMAO…its been around a lot longer and outlasted many religions fallen by the wayside and continues just as resilient against any of the remaining 4,000+ religions that have been vainly trying, long before you got here, to dislodge it.

I believe so. However, I have no way of knowing if visiting aliens would share my perception.

Have you seen the Star trek episode (DS Nine?) where a pair of Ferengi land on a pre industrial planet with a replicator?

The clip below is from an episode where Ferengi Land on earth, I think in the1950’s

Couldn’t find that one. The short clip below is fun (it’s in English) 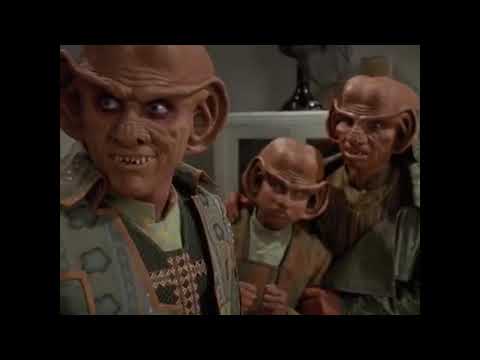 Then your task is very simple. An atheist is defined as one who lacks a belief in a god or gods. All you need to do is prove a god.

Atheism appears to be, but is not tied to cosmology, or evolution, or anything else, just a lack of belief in a god. You could overturn physics with a new theory that replaces Einstein’s theories, debunk evolution, but you would not be any closer to destroying atheism.

How fascinating. As a licensed electrician and one very interested in cosmology, I have never encountered this concept. I am wondering how your “god” “shot” such energy at the sun, because electricity requires a conductor, and a vacuum in itself is not a conductor. Usually the flow of electricity is from a higher potential to a lower potential, and requires that conductor for the electrons to migrate.

Please explain in detail such an interesting process?

And “pull the material out of it” counters the accepted theory on the formation of this sun and planets. Generally speaking, there was this huge cloud of gas, mainly hydrogen and helium. Over aeons gravity pulled that cloud together, and eventually a huge ball was formed in the middle, got hot because of compression, and the nuclear process began. The material for the planets was already orbiting the sun, in the form of protoplanets.

The evidence supports this theory, what proof do you have that this Earth was “pulled out of the sun”?

Anyone know any Sci Fi where aliens have a religion?

“Babylon 5” had a alien character called G’Kar who invented a religion and wrote a holy book called the “Book of G’Kar”. He lent the manuscript to a human character, who spilled a cup of coffee on it. The coffee stain was faithfully reproduced in printed editions and became the subject of learned debate by theologians.

Lots of alien religion in that series.

I will have to check them out

I suggest you begin with “Triplanetary”. The Lensman series is six books, and Triplanetary is the first one.

E E Doc Smith (for me) is an easy read, the words flow well and he takes one on a wonderful journey of the imagination.

I suggest you begin with “Triplanetary”

The “Skylark” series is pretty good, too.

I noticed that too. We may educate this one on a few aspects of the world, but I refuse to be a grammar teacher.

Are you asserting Douglas Adams was wrong? Isn’t that blasphemy on this site?

Are you asserting Douglas Adams was wrong?

I’m agnostic on that point. However I’ve long suspected Dolphins and Whales are the most advanced species on the planet. I think mice may be to dolphins and whales what aphids are to roses. Or perhaps people play that role.

I have it on good evidence, two little white mice are responsible for the creation of the universe. "

Mice are not, as is commonly assumed on Earth, small white squeaking animals who spend a lot of time being experimented on. In fact, they are the protrusions into our dimension of hyper-intellegent pan-dimensional beings. These beings are in fact responsible for the creation of the Earth.

The whole business with the cheese and the squeaking is just a front." 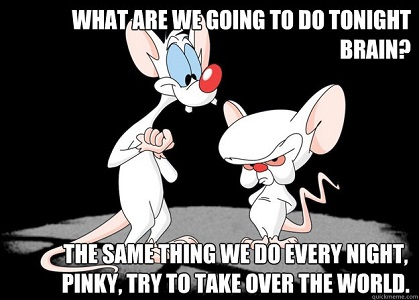 I believe that (1) God and space aliens are real. (2) Something made earth. I believe the (3) God the Father Creator is made of nuclear white draft sun material. Revelations chapter 1 verses 13 to 17. And (4) church Christians don’t know this and (5) can’t think. I am a Christian but I am not rightous.

Can’t tell if this post is genuinely in earnest, but I count 5 unevidenced claims. Try again, as this is a debate forum, not a place for people to preach their beliefs.

I have no dogmatic bull.

God the Father Creator is made of nuclear white sun material.

You certainly do, and instead of citing a biblical chapter as if that lends any credence to your dogmatic bs, I suggest you demonstrate sufficient objective evidence that a deity exists or is even possible, as your claims about it are irrelevant until you do so.

And I love destroying atheism. It is fun.

I suppose I shouldn’t be surprised at you holding more than one delusional belief, but atheism is the lack or absence of belief in any deity. How exactly can that be “destroyed”? The claim is not just risible hubris, it makes no grammatical sense, a bit like that full stop in the middle of your first sentence.

You’re either delusional or trolling, at this point I’ll keep an open mind.

I don’t believe you, as you haven’t demonstrated any objective evidence.

It is still hot lava under the earth ok. And the temperature of outer space cooled off the earth’s surface to dirt and rocks.

Nice straw man fallacy, is any point you’re attempting to make hidden under that dirt and rocks?

I would love to destroy atheism on national television. My pleasure.

I hate to dent your ego but I’m still an atheist, ipso fact your bizarre nonsensical rant failed.

Good luck on TV, though I suspect the closest you’ll get, is watching one in the day room of a psychiatric hospital.

I think calling me a liar takes you out of the “intelligent diplomatic debate” arena and puts you back in 8th grade where name calling sufficed when challenged by a mature concept.

Or it could be just stating the obvious. Obvious? You know, the world that was here before you put on your silly god glasses.

You’re using the word pagan like it’s a specific religion and assigning it attributes like a belief in a creator and no complex dogma.
pa·gan

That covers a lot of territory and a lot of different religious beliefs. Apparently early christians used it to define anything outside of christianity and judaism.

I think calling me a liar takes you out of the “intelligent diplomatic debate” arena and puts you back in 8th grade where name calling sufficed when challenged by a mature concept.

In order to engage in honest dialogue with another, one must be willing to face being insulted. That comes with the territory. Some may be intentional, or not.

Even my challenging one’s faith could be a slap on the face. I face insults each day, and I must allow it to slide off my back.

But of course, racist insults meet a harsh consequence in here.

Out there burning gas in their eco unfriendly fuel guzzling, environment destroying machines. Setting a bad example for children all over the world. Encouraging beer drinking, fornication, mud wrestling, weekend mania. We should lock all the frigging racists up and throw away the keys.