Something to pass along to any friends you know who are trying to reform the Catholic Church. 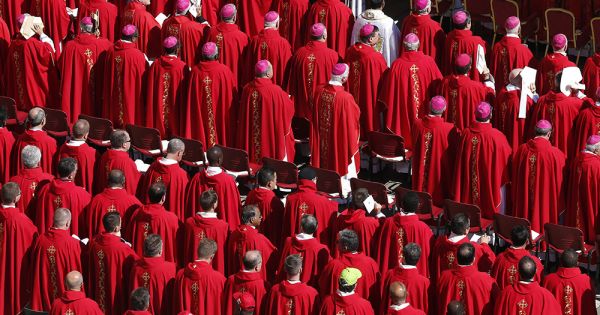 McCarrick report is one small step to dismantling clerical culture

It has long been understood by those who take a measured and thoughtful assessment of his papacy that the story of St. Pope John Paul II was sent off to the printer long before it was ready. The narr...

Something to pass along to any friends you know who are trying to reform the Catholic Church.

No offence, but you do realise this is predominantly an atheist forum?

Much as I have a soft spot for those who fight for lost causes…
I’m very much afraid Mrs “O” but I have long ago come to the conclusion that just as much of the catholic church’s priests nuns, bishops ,cardinals and assorted “hangers on” are totally beyond redemption …

so too the institution itself is completely beyond reform.

I read the article, and it attempts to minimize the harm John Paul 2 had. He was not a bystander, he was the leader of this despicable practice.

He was also the one who was in charge when Mother Teresa was cannonized. No surprise, both were so old-school they self-flagellated.

John Paul 2 may have a pleasant face and appeared to be a nice person, but he headed up a corrupt organization that preyed on children, and did nothing. He was the supreme leader of an archaic doomsday cult that was appeased by blood sacrifice.

Of course, I swing by here when I am looking to rant with people who are also furious at the Catholic Church. Also when I think I can give you more ammunition in your debates.

I am a recovering catholic of 50 years.

IMO the best way to improve the catholic Church would be to give all church buildings everywhere a nice new coat of white paint. That should be immediately followed by spraying said buildings with petrol and setting fire to them.