I figured you guys would be interested in this.

where has everyone gone? 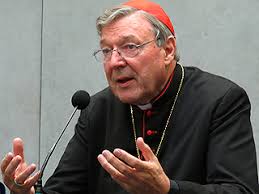 Cardinal George Pell will speak on his experience of suffering during the 13 months he spent in an Australian prison before being release...

Cardinal George Pell will speak on his experience of suffering during the 13 months he spent in an Australian prison before being release...

So can we expect a sudden up-tick on the "martyrdom " quotient.

The list of those attending this conference includes Bishop Strickland who was announced as the recipient of “The St. Thomas Aquinas Award for the Defense of Moral Truth”.

The irony is appalling. The Roman Catholic Church has lost all claims it promotes or establishes morality.

Pell should be considered for sainthood. He’s clearly considers himself a martyr, and he’s the living embodiment of Jesus’ famous words, “Suffer little children”.

All the information of which I’m aware comes from that bastion of truth, the media. Pell’s conviction was overturned and he was acquitted.

I do understand that our legal system rarely has anything to do with guilt or innocence. It’s about what can be proved, in the strict legal sense, which is beyond reasonable doubt.

Ever since Pell came into public view, he has been known in my family as “that slimy George Pell”.

Is he a child molestor? I think probably, but really don’t know for a fact.

You are absolutely correct! It is best to err on the side of the law, innocent until proved guilty. With that said, would you allow your small children to spend a weekend with him?

As unfortunate as it is… there is no defense against an accusation.

On the other hand… Pell has been in the business for a number of years. It does appear that if the accusations were true, many more victims would have come forward. Were he a predictor I seriously believe this would have been the case. The fact that this is not the case, does, in fact, attest to his innocence but not necessarily to his innocence of the specific act in question.

A one time lack of judgment, even in jest, is still a possibility. In short… something happened… and we have two different stories of what that was. We are never going to know the truth.

“I happen to have a personal dislike for the good Cardinal and regard him as a slime-ball of a human being.” I base this on the ignorance of utterances during public appearances, debates and now his recent popularity in the news. I fully admit my prejudice. The man is a creep! I would not want to be in the same room with him.

You can call me on my prejudice all day long and I will simply shrug my shoulders and say “You are right.” I’m still entitled to an opinion. “Not guilty,” is not the same thing as “Innocent.” It just means that there is not enough evidence to prove guilt.

As unfortunate as it is… there is no defense against an accusation.

I guess I remain a bit sensitive because of The Azaria Chamberlain affair.

I almost came to blows with people at work who were adamant Lindy Chamberlain was guilty. My position was agnostic, due to insufficient evidence. Lindy was found guilty and put in prison. Appeals wert denied. The overturning of the conviction was a matter of serendipity:

“The final resolution of the case was triggered by a chance discovery. In early 1986, English tourist David Brett fell to his death from Uluru during an evening climb. Because of the vast size of the rock and the scrubby nature of the surrounding terrain, it was eight days before Brett’s remains were discovered, lying below the bluff where he had lost his footing and in an area full of dingo lairs. As police searched the area, looking for missing bones that might have been carried off by dingoes, they discovered Azaria’s missing matinee jacket.[16]”

85% of Aussies live in half a dozen coastal cities. We are a country of urbanites who rarely if ever go into the outback. Yet Aussies tend to consider themselves experts on all things related to The Bush.

The mother, Lindy Chamberlain claimed dingo had taken her baby. Aussies collectively replied “Bullshit! That’s not how dingoes behave!” Only trouble with that belief is it’s wrong. Something authorities would have discovered immediately had they bothered to ask local aborigine people.

A dingo is a dog in the same way a fox or a wolf is a dog, it is a different genus from the domestic dog

The Wiki entry is worth a glance if you are not familiar with the case.

Azaria Chantel Loren Chamberlain (11 June – 17 August 1980) was an Australian two-month, six-day old baby girl who was killed by a dingo on the night of 17 August 1980, on a family camping trip to Uluru in the Northern Territory. Her body was never found. Her parents, Lindy and Michael Chamberlain, reported that she had been taken from their tent by a dingo. Lindy Chamberlain was, however, tried for murder and spent more than three years in prison. She was released when a piece of Azaria's clo...

Is this the true story behind the whole “A dingo ate my baby!” phrase that I kept hearing get tossed around in the 80s?

Made popular by Meryl Streep as Lindy Chamberlain in the 1988 film “Evil Angels/ A Cry In The Dark”. The actual line is “A dingo took my baby” 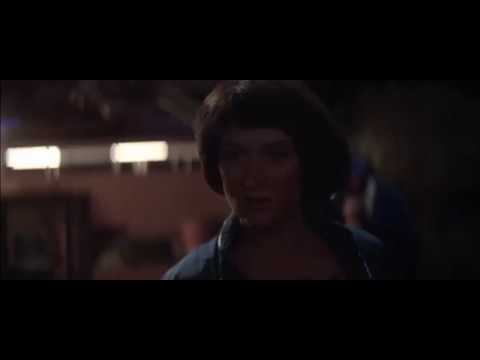