Why is so much of the New Testament accepted as scripture?

(reference to other thread and Sumerian tablets)… and yes Jesus, and any “royal blue blood”… or leader … think about religions and their originators (all after the Sumerian Tablets)…

If you keep on insulting goannas I will send my cousin from the Galapagos islands to fuck you up.

Your sincerely
Racehorse Goanna
( to non aussies yes I exist)

I’m with the OP on this one. I mean technically the answer to the question is that there were so many groups following Yeshua or, perhaps more accurately, “some version of” him. Arius, I believe, understood that in people rush to mythologize they didn’t pay enough attention to whose culture was being used to create that mythos.

At some point you have to ask “Who were the teachers of the teachers?” At what point did having Jewish rabbis go out of style? I think this points to the rift seen in the NT where the disciples had gone to the “lost sheep” of the 12 tribes and the apostles went to the gentiles. But they had different concepts. I’m going to go out on a limb and say “true followers” of Yeshua were interested in Yeshua’s religion, not just the idea of him as a “god man” which should have only existed in gentile circles.

According to the Hebrew Scriptures (OT) the claims of the gentiles were impossible. But I think when you combine the lack of the printing press, limited copies of the Scriptures (the “Bible”) people were simply sheep following other people and at some point the people they were following were themselves; Greek. After all, they never converted. The concept of conversion was half religious half nationalism. To convert they had to be circumcized. This is the reason they couldn’t take part in the feast days which were still kept by the Hebrew followers of Yeshua. Yeshua said he was the vine, meaning that no matter what their background, all people could be grafted into the olive tree (Israel).

However, the gentiles weren’t loyal to any nation state other than their own. So did they join the Jews in 70 AD? Of course not. And it was in 325 AD when the gentiles fully took over, supported by the very Roman government warned about in the book of Revelations. Point is, without Jewish rabbis, like the disciples, who had studied under a rabbi so that they too could be rabbis (even though they were also under the belief they were going to be leaders in Yeshua’s new Israelite government), the gentiles really didn’t care about Hebrew nationalism so the concept of Israel being “God’s chosen people” likely flew straight over their heads if it was ever mentioned to them at all. “God” was essentially the first racist but they were likely shielded from that lesson. And so there was no established canon for them. The NT became theirs and when introduced to the OT many said “F this bs. This ain’t our god.”

But if I were speaking as someone from the “real” faction of Hebrew followers I would say that the NT should never have been accepted as Scripture and likely wasn’t by Jews. Most of it wasn’t written to them anyway.

If you keep on insulting goannas I will send my cousin from the Galapagos islands to fuck you up.

Don’t have to go that far. We have them here. I have one of theirs cousins in my backyard. As Sleepy lizard, which is quite small. My Jack Russel keeps trying to kill it. It hides in the cactus patch.

In Malaysia, they’re over 6 feet long and will run straight up coconut tree if disturbed. If no coconut tree ,the next tallest thing, which may be a person. 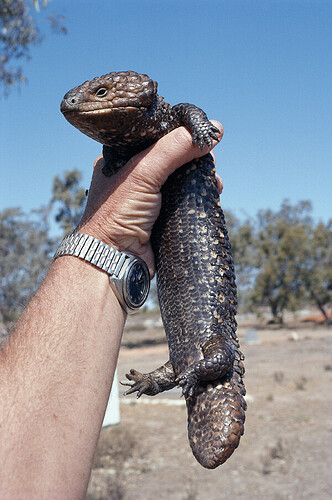 I quite like lizards, I think it’s Geckos that captured my admiration initially, also newts. Though I’m not sure newts are lizards?

Though I’m not sure newts are lizards?

Do you mean as in “as pissed as a newt?” A newt is a salamander and looks like a lizard, but lives in water. It’s nota lizard.

Geckos are apparently also newts—I just looked this shit up.

I remember that small pink creatures locals called geckos were everywhere indoors in Malaysia .They minded their own business and tended to stay above near the ceiling.

Nah this is what will fuck you up bad, 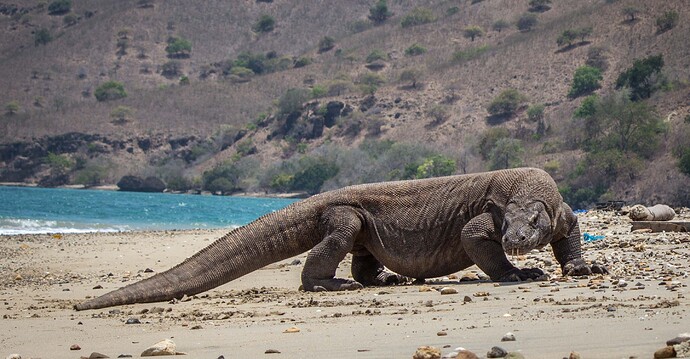 His name is Cecil, but don’t call him that to his face. In this case his bark is not worse than his bite…

The girls are bigger than me. And they smell indescribably bad.

They hunt, then bite, then follow you/buffalo for days until the prey (you) succumb to blood poisoning and gangrene, then they eat you.

Oh, they can run faster than a racehorse…fortunately they are native to only a couple of islands in the far Pacific now.

fortunately they are native to only a couple of islands in the far Pacific now.

Sad to hear that.

I don’t remember the the name of the thing I saw in Malaysia. It looked like a goana. Not as big as the monsters you describe. I watched it run up a coconut tree.

I don’t remember the the name of the thing I saw in Malaysia.

Its a monitor lizard. They live in Australia too…grow to about two metres. I have seen one on the flesh.

The buggers eat snakes…because they are immune to the venom. FMD age of the lizards would be scary as fuck. 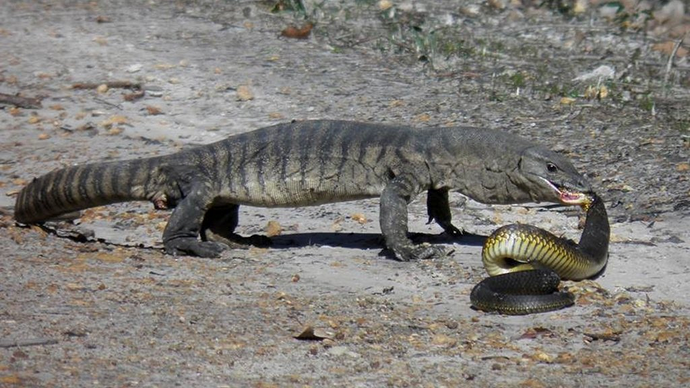 Stuff like that is completely foreign to Canada. IMO such lizards are good for either handbags or cowboy boots. I’ll stick to my safe (relatively) Canadian content. 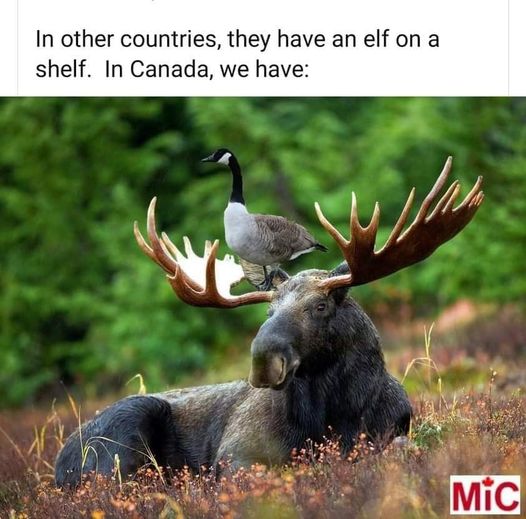 IN Oz we have Bunyips and Drop bears.

—Kangaroos are vermin and Koala’s have chlamydia and fleas. They piss on you and scratch you if yo pick them up.

BUNYIP:lives in billabongs (large ponds) and eats Japanese tourists who insist on a group photo 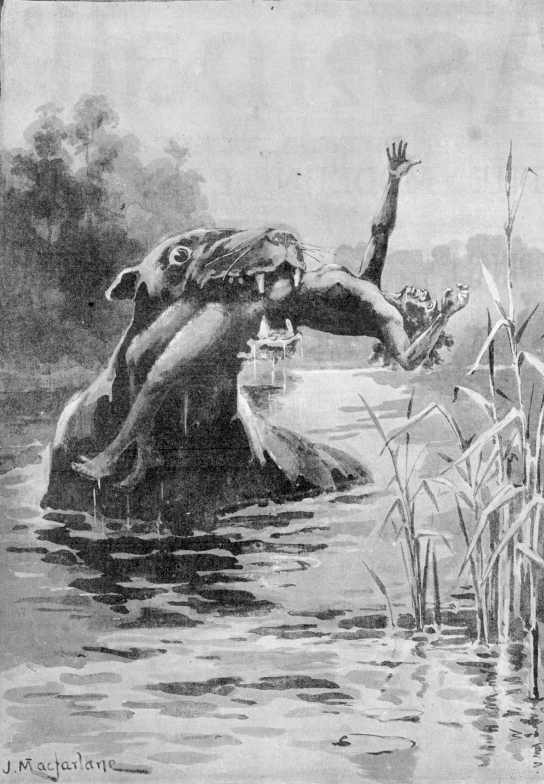 DROP Bear: What happens when Koalas eat fermented gum leaves. Recently one fell on an American Tourist In Margaret River, Western Australia. The tourist had just lost an argument in which he claimed that kangaroo do not have feathers. He leaned against a large gum while he had a smoke. Drop bear fell on him, breaking his neck( the Drop Bear’s, the yank was unharmed) 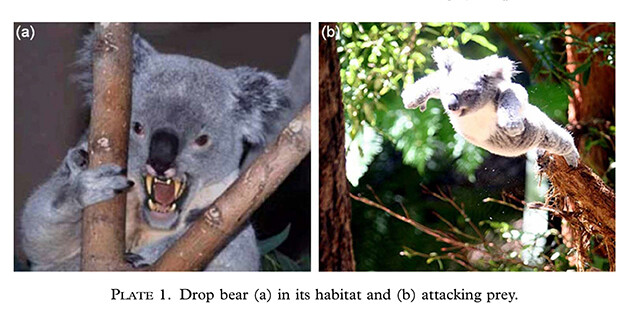 @boomer47 This shows that koalas are not really as cute and cuddly as we think they are.

This shows that koalas are not really as cute and cuddly as we think they are.

Yeah. Roos are too stupid to make good pets. (besides it’s not allowed) Arguably the only native animal more stupid than a roo is the hairy nosed wombat. 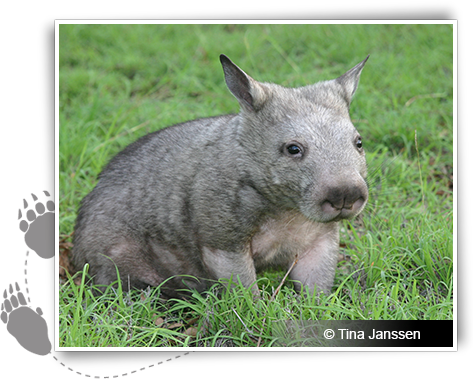 Slightly off topic; have always been amazed at the exotic pets allowed in the US. Have always remembered the story of how a woman who was visiting a friend had her face ripped off by an adult pet chimp. One of Sigfried and Roy was mauled by one of their white tigers. Good, I hate animal acts.

more stupid than a roo is the hairy nosed wombat.

And, to show you how stupid it is it poops cubes…really. It stands them on logs. And you thought the platypus was weird, https://www.nationalgeographic.com/animals/article/wombat-poop-cube-why-is-it-square-shaped

And, to show you how stupid it is it poops cubes…

Are you claiming they do it on purpose? I wonder if they have square anuses?

Be fun to work out the evolutionary advantage of literally shitting bricks.

Are you claiming they do it on purpose? I wonder if they have square anuses?

the answer is in the article I linked.

the answer is in the article I linked.

Won’t let me read it. Ironically, I only recently cancelled my National Geo membership. I’m thinking of getting a Choice membership instead (my mate will go halves)

Won’t let me read it. Ironically,

Google the question…it will give a laugh!