Sounds like The Protocols of the Learned Elders of Zion; just with the word “Jew” switched for the word “elite”.

America has collapsed with moral depravity and is no longer known for family values,

There was a lot to breakdown. ALOT. The idea of poverty, universities, wealthy families, conglomerates, BUT I am picking the one in quotes…

What is the “moral depravity” and previous “family values”??? 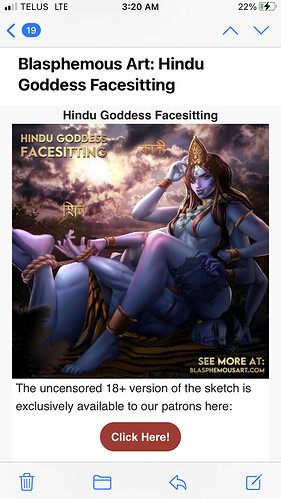 Facebook, Twitter, Google, and other elite-owned social media platforms were created because those platform owners are part of an elitist group of people. They exclusively own media companies and sell propaganda to prevent low and middle class people from having power against abusive elites.

I don’t understand, those platforms as Boomer explained, are privately owned and open to anyone who obey the terms of use. Thus they are platforms where anyone can in fact have the opportunity to respond to anyone they like, no matter how wealthy or powerful.

It’s why Twitter, Facebook, Google, and other platforms started having an increased amount of censorship against human rights organizations.

Again as Boomer says, they are privately owned, they have every legal right to set whatever rules they like, and to ban and censor whomever they see fit. They banned the account of the president of the United States, a wealthy elitist by any objective standard, and because he violated their terms of service which he had signed up to when he created the account.

The banning of Atheist Republic account isn’t quite so clearly based on a violation of those terms of service. Though I understand that account was reactivated? As far as I can see that has nothing to do with wealthy elites, it’s a result of religions wanting to censor what they don’t like, and pressuring the owners of Twitter with legal challenges that seem dubious to me.

Hmm, I’m afraid I’d like to see some objective evidence to support that claim. What legal loopholes are you referring to for instance? Totalitarian censorship seems like hyperbole to me sorry.

Sounds like The Protocols of the Learned Elders of Zion; just with the word “Jew” switched for the word “elite”.

I see precisely what you mean, there are some statements that are self evidently true, wealthy powerful people tend to look after their own interests, but @HonestAtheist seems to be claiming some sort of vast global conspiracy, I’d like to see some solid objective evidence demonstrated to support that, as I’m dubious.

It’s odd but many right wing conservatives hate those very same tech companies, citing a left wing agenda? I find both claims pretty dubious, and vast conspiracy theories are self evidently highly implausible, and I’d need to see some pretty compelling objective evidence demonstrated, or else I’m inclined to dismiss them as simple bias and paranoia.

Dressed up as love of the working class. When people weave facts into a vast conspiracy it makes me laugh.

Conspiracies by definition cannot be vast, as it has the word secret in it. A global conspiracy always strikes me as something of an oxymoron.

What is the “moral depravity” and previous “family values”???

Moral depravity? I concede that Donald Trump and much of the GOP are morally bankrupt. Although I might describe US culture as anomic, (look it up) I haven’t noticed depravity as a general thing. In fact quite the opposite. On my visits to the US I was always treated with civility and kindness (even in New York)

I’m on tenterhooks to learn all about family values.

Elon Musk Seems to actually give a shit about freedom of speech! Woo Hooo! AR may be back in business sooner than expected.

Earlier this year, Twitter suspended the account of Atheist Republic (@AtheistRepublic) for unspecified violations after complaints from the Indian government. In the letter below, Robyn Blumner, president and CEO of the Center for Inquiry, and...