Let’s talk about the NWO

. See sometimes I know what I’m talking about without the educmacation… damn I wish I had gotten to university in my 20s (that daydream in your head only)… my head daydream in the future (before I skydive at 80 - stupid promises to stupid boys) sometimes includes going to university … but my kids 2 want me to wait till they’re done - heaven forbid I go to the same university as them

BuT then I have a boyfriend and he plans on a talk show and FUCK I love the sound of my own voice and I can’t remember if he invited me or I invited myself - doesn’t matter, I can co-host and stuff (hehehehe) and YELL at theists and really stooopid atheists and just stooopid shit altogether - whatever, that sounds great!!!

Oh well, time for a smoke

on my ass (well, you can but in a different context)the boyfriend is you and I put the two separate words together - happy now?

Me too. Something I’ve always wanted to do. Oz is huge and pretty empty in the middle. A bit like Canada without the ice, snow and questionable neighbours.

The only reason I didn’t was the cost to do a bus up the way I want. IE starting from scratch with a bespoke new bus.

without the ice, snow and questionable neighbours.

Mkay. I was being facetious.

But you may be right. I don’t speak to my neighbours. I’ve met the ones to the left and greet them whenever I see them. Haven’t met the ones in the Mcmansion to the right. But they’ve only been there 3 or 4 years. Have never met any of the dozen odd people who live in the cul de sac.

Part of my reason is because I value my privacy. I also have the social skills of a turnip. I’m a hard person to like in person. I’m lost in most social situations. It is so hard for me to make and keep friends that I stopped bothering many years ago.
Yet I’ve always had one friend, who I’ve met incidentally. (not the same person; two died)

I prefer being left alone. I am aware of my neighbors. I respect their areas and I am not friendly. Yes, I wave and say hi! and the common neighbor stuff - BUT I like privacy and have no interest in being friends with any of them. By “friendly” I mean the idea of just popping by the neighbors to say hi and have coffee and waste my day by listening to you… the old “nod and smile” at them.

I do have some very colorful neighbors - we all have our quirks and stories with one another. But somehow we’ve managed. I mean some really crazy neighbors. I think the space Alberta affords us is a big asset to human relationships.

Urban living in Oz can be isolating and lonely, especially for the elderly. I do as much as I can to maintain a good level of human contact, and think I have a nice balance…

We lived in a small country town for two years when I was 8-10. Knew bloody everyone. They could be intrusive, but were also very kind and supportive to my mother. 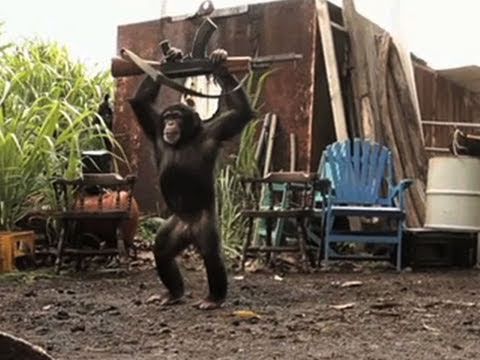 This post has scared the shit out of me. I have joined Tin Man and I am training for the overthrow of the US government. I will be ready for those bastards when they come to take away my gun.

That was beautiful.
a) who would want to join those guys? Look at all the fun they’re having - real comrade
b) they believe in sharing “knowledge”
c) they made the mistake of not assessing the knowledge level of their audience
d) oops

(don’t want to give away the outcome for those who can’t predict)
e) fun and games ended when reality smacked them on the head
f) victory! Student learns and surpasses teacher!

On the space and neighbors… 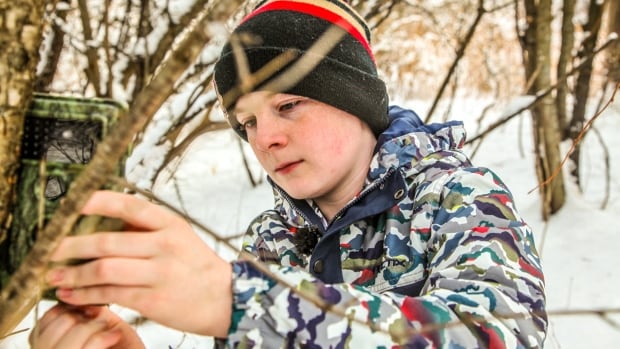 Thirteen-year-old Aidan Brown was pretty sure there were coyotes prowling the park near his house in south Ottawa. Then he got proof, and warned his neighbours.

“Green space” - which I’m all for! Isn’t all ladeeda Bouchard Gardens. Lol! Those coyotes come in packs on my property and my neighbors on a weekly or depending on time of year, nightly.
And then you should hear foxes scream!

And back to conspiracy… 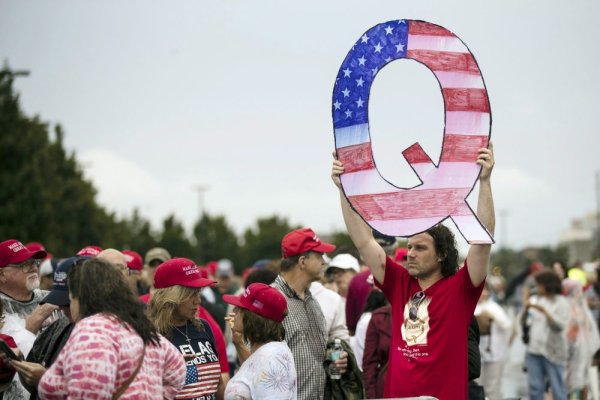 The QAnon community is in chaos after a long-promised second term for Donald Trump failed to come to pass.

Cicada 3301 is a nickname given to an enigmatic organization that, on three occasions, has posted a set of puzzles to recruit codebreakers from the public. The first internet puzzle started on January 4, 2012, on 4chan and ran for nearly a month. A second round began one year later on January 4, 2013, and then a third round following the confirmation of a fresh clue posted on Twitter on January 4, 2014. The third puzzle has yet to be solved. The stated intent was to recruit "intelligent The puzz...

I love puzzles but don’t have the techie knowledge so I’d follow. Anyway led me to the beginnings of Q and he/group were cryptic. I found it interesting at first, but then it started to go all David Wilcox and such.

I didn’t believe Q was an insider - At first I thought, I wonder if he’s/group a hacker that hasn’t been discovered…

The fact that this dipshit even used this word cabal in his statement says something about his mindset and base. It implies the “secret” control group AND his claim his ousting was “undemocratic” (uh, a fucking VOTE by your own caucus members).

The Converatives up north are re-assessing extreme views and pulling more central.

The extremes can go form their own parties 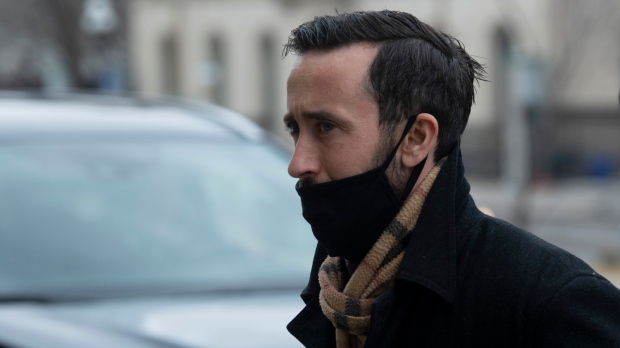 Controversial MP Derek Sloan was kicked out of the Conservative caucus Wednesday, a move party leader Erin O'Toole said was due to a 'pattern of destructive behaviour' that had become a distraction.

Derek Sloan was kicked out for his pattern of behavior, but the nail in the coffin was that he accepted a donation from a white supremacist.

That is the mood up here right now.

We love our neighbors to the south, but they also give us bad examples of conduct and practices. We watch and learn and try not repeat those mistakes.

Had tRump “won” by might-makes-right or the election process (which was legal and strong and investigated and reliable) … we’d be writing a different story David.

On the space and neighbors…

We don’t have coyotes. We have dingoes, which are to dog as is a coyote or wolf.

Not seen in cities and illegal to have as pets. They will kill a child or even a weak adult.

From time to time there will be a news article where idiot parents have left their toddle alone with their part dingo pet dog. Child is killed and of course parents are a bit upset.

I understand that all dogs are essentially scavengers and opportunistic predators.

Good job to that kid.

In Western Australia you can keep a dingo as a pet. My neighbour has two. Lovely animals.

They must be removed from their littermates by 6 weeks old and “agressively”, in other words continually trained up until about two years old. They are not on the dangerous dogs register and can be bred. You do not need a permit. https://dingofoundation.org/owning-a-dingo/

It is illegal to have unsterilised pit bulls, Akitas and some other dogs in WA.

Well they have to rationalise being duped so completely. Trump just used this, along with other lies, in an opportunistic and cynical way, to achieve his political and personal ends.

That’s why right wing white supremacist groups like the proud boys are now turning on him. They genuinely believed he was committed to their cause, albeit I must say an immoral and shameful cause.

Some people still believe in this ludicrous conspiracy even now. Like Marjorie Taylor Greene, who is still espousing the same rhetoric, and has started impeachment of President Biden on his first day in office.

It’ll go nowhere of course, and has rightly garnered widespread ridicule, but how many mainstream Republicans were prepared to oppose the election results based on a lie? That’s a more deeply worrying trend, is how mainstream politicians are sucked into right wing extremists agenda based on an obvious and blatant lie, from a disgraced president who lied so relentlessly it was hard to keep up.

Worryingly, all it takes is for people to feel their views are not being reflected by government as if that is a right anyway, and for a cynically dishonest politician like Trump to pretend he understands and is on their side. We don’t appear to have learned anything from history at all. Farage has played the same game here in the UK, playing on people’s fears and bigotry. All they need do is start with a small lie hidden in a larger one, but with some element of truth to prop it up.

They seriously need to get help…as in, professional help. The sooner the better. 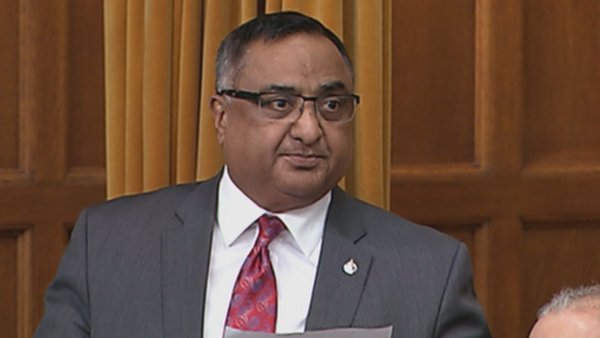 Liberal MP booted from caucus over ‘baseless and dangerous’ claims about...

Ramesh Sangha has been booted from the Liberal caucus over what the Chief Government Whip called "baseless and dangerous accusations" made against "a number" of his colleagues.

Another one - in the Liberal side, booted to the backbench.

Old thread, but…on one of my random walks criss-crossing the Interwebs, I found this interesting analysis on the whereabouts of Q published by Bellingcat. The analysis is based on image metadata analysis. Seems like Q lives on the west coast of the USA or Canada, and occasionally travels to China and East Asia. 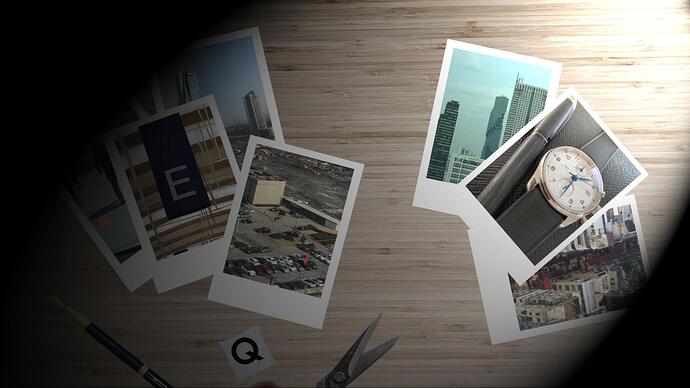 Where in the World is Q? Clues from Image Metadata - bellingcat

Image metadata could help narrow down the search for Q's real identity. Here’s how.