Do we have freewill?

Not to go off topic…but to me, this question is like “nature or nurture”. It can be a mixture of both.

Some things I have no choice over (well, I do but I prefer not to pee my pants, so I choose the toilet

BUT having to pee?)

Not that far off. We do have control of our bodies and decisions most of the time, but we are also capable of instinctive actions. This is not a black and white, either or issue, but one where programmed responses live side by side with a brain that usually controls all functions and decisions.

As an atheist, I believe yes, we have freewill.

An Atheist is only a person who does not believe in god(s). There are no atheist positions on any other topic.

I am also an atheist. I lean towards determinism (no free will) . This has nothing to do with my atheism.

As an atheist, I believe yes, we have freewill. You can choose what you want to do, where you want to go and so

And nothing being discussed by modern science or philosophy supports your idea. Sam Harris on "Free Will" - YouTube 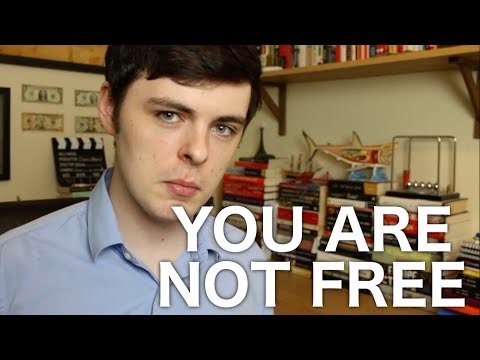 The author of that video (and the author of the video that was recommended in the video) is using an unusual definition of determinism. I guess they are free to use it anyway they want; but when you pick a definition for a word that differs from the definition used in mathematics, physics, chemistry, computer science, and philosophy (just to name a few); it is going to confuse people.

is using an unusual definition of determinism. I guess they are free to use it anyway they want;

when you pick a definition for a word that differs from the definition used in mathematics, physics, chemistry, computer science, and philosophy (just to name a few); it is going to confuse people.

What if call yourself Philosopher, and just keep telling everyone the confusion is their own fault, and you can’t help them?

I may or may not have decided to…light the fire, cook tandoori chicken wings, pour myself some cider, and watch the 6N rugby…

I’m off tomorrow, my first day off this year so far…yaaaay

What if call yourself Philosopher, and just keep telling everyone the confusion is their own fault, and you can’t help them?

He says “you cannot choose between Vanilla nd chocolate. You choose the one that you want.”

When I was single and rutting, I had the hots for one sweet thang. I really wanted to bed her. But I noticed she did not like beer, or anything to do with it. So while I was in her company, I never drank beer. Which I usually consumed in great quantities at that stage in my life.

Determinism needed to be changed to free it up from being stuck and opposed to 'Free Will." Not sure if they discuss it in the video but the idea of “Free Will” is also changing. It’s just ‘will’ now. Nothing free about it.
Loads of interesting lectures on the subject… I think this is the trend… via Sam Harris, and others. …

Then shamelessly move the goal posts, and revert to a specific example, like a square circle, where the semantics support your biased belief in a deity from a bronze age superstition. Though being careful not to say which deity, or which superstition of course…

I believe in free will (even though I don’t believe in the supernatural), and I think I can even argue for a mechanism that allows it to exist.

To me, the free will problem seems similar to ideas that existed early in physics: Namely, if you could know–with absolute accuracy–the position, velocity, and direction of every material object in the Universe at a specific moment in time, then you could calculate the entire past and future of the Universe . . . rather like stating that you could predict how the dice will roll if you knew the air resistance, the position of your hand when throwing the dice, how hard you throw the dice, and so forth.

Well . . . this all turns out not to be true. Even if you did precisely know all physical parameters before you cast the dice, you will still be wrong much of the time.

This is because of a certian “graininess” to the Universe that is defined by the Uncertainty Principle.

This means that even if you knew the precise and exact location and velocity of every subatomic particle in the Universe, and you have a computer which is larger than the Universe and able to calculate as fast and accurately as you want . . . you would still not be able to perfectly predict a person’s behavior . . . while the person in question may be able to predict their own behavior just fine.

So, it’s either free will, or something that so closely resembles free will that we can’t distinguish it from free will . . . so we may just as well call it free will, pending future discoveries that should shed more light on the question.

"Reality is merely an illusion, albeit a very persistent one."

And I’m just fine with both.

@Whitefire13 I don’t have free will. I’m actually a machine from the future that was sent back in time to kill Sarah Connor. After I’m done with that, I’m supposed to go live out in the woods in an old cabin and run a drapery business until the bombs fall before rejoining the war effort. I can’t disobey my core programming.

DO I have free will? No, I don’t believe so. I’m certainly a soft determinist and lean towards hard determinism.

However, a social animal, I live in society in which I am held responsible for my actions. AND I feel as if I have free will and live accordingly. SO I guess it’s moot, as it has been for millennia.

As metaphysical propositions tend to be, I think the free will/determinism dichotomy is unfalsifiable.

I’m kinda with White: “I guess reality is OK to visit if you must. However, I wouldn’t like to actually live there” (Tarquin S Shagnasty)

DO I have free will? No

“You have to do what I say huh? Prove it. Stand on one foot.” 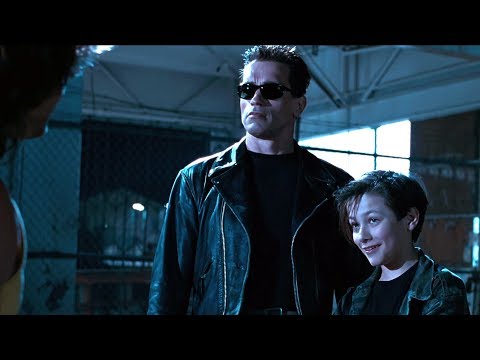 Pity about that kid. I understand his life has not gone as he may have hoped.

That people believe in the invisible man in the sky is bad enough, but when it comes to him having given us free will, this did he/ did he not debate is just plain ludicrous.

You are not a character in an RPG my friend. You are a living, breathing and most important of all, THINKING human being whose existence we are perfectly able to account for by the phenomenon of evolution by natural selection.

Your, thoughts, dreams, fears, decisions and actions are completely your own my friend. In fact, you will never be as free as you are right now.

Your, thoughts, dreams, fears, decisions and actions are completely your own my friend. In fact, you will never be as free as you are right now.

As with metaphysical topics generally, the determinism /free will dichotomy remains unfalsifiable as far as I know. IE so far, no one has been able to demonstrate that we have free will or we do not.

I lean towards hard determinism. IE the premise that free is an illusion. l have no idea to what degree, so I call myself a soft determinist.

As with the existence of god , free will vs determinism remain moot on an intellectual level.

As for purely pragmatic, day-to-day living: I feel that I have free will, so live as if that is the case. Being unable to believe in god(s) , I live as if there are no god(s)