I was a paramedic and an EMT for over 11 years, and I can confirm that child abuse (including sexual abuse) occurs in all religions, all cultures, and in every socioeconomic status.

Took a long time for me to realise that the physical and/or sexual abuse of children can occur whenever men have power over children.

I suspect communities don’t know or don’t want to know the extent of abuse. If the pervasiveness of child abuse became widely known, communities would have to actually do something besides loose their shit as it becomes known, imo.

Imo, it’s usually about power, just as female rape tends to be. I’m aware of the feminist claim that rape is **always ** about power. I’m very suspicious of absolute claims, and usually demand evidence. Have never worked out how such an an absolute claim could be determined.

I am a semi-professional science fiction writer, and have been published in several magazines.

One of my role models (when I was in the earliest stages of learning how to write . . . and yes, I’m still learning) was a brilliant writer named Marion Zimmer Bradley.

She had a major magazine named after her, and she was the chief editor. I sent her a lot of my early work, and–while she never purchased any of my material–her criticisms were always spot-on, and her advice about writing (and getting published) was invaluable . . . and I framed several of her letters, which became some of my most valued keepsakes.

You can’t imagine my disgust and horror when it came out (after she died) that she was a pedophile who sexually abused her own daughter from about 3 years of age, and that she had often–and enthusiastically–helped her pedophile husband obtain access to young boys whom were five and six years old (he was tried for these crimes). She was also involved in a lot of child pornography.

I could go on, but it’s too sickening.

I took all of her letters and burned them, and spent about an hour in the shower trying to scrub away that crawling sensation that made me feel so dirty.

I should also point out that ‘abuser’ also includes adults who physically or emotionally abuse children.

I had the trifecta:

Sexually abused by a male at age 8

Emotionally abused by my father from age 8 until I left home at 18.

Physically abused by the De La Salle brothers who my parents trusted to teach me, from age 10 to 17. My parents refused to believe me, and later my brother, when we told them. They thought were exaggerating when we claimed we were strapped, often for several days in a row, but seldom less than once a week. The strap took the place of teaching competence. 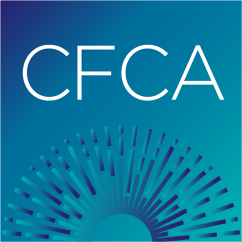 I’m aware of the feminist claim that rape is **always ** about power. I’m very suspicious of absolute claims, and usually demand evidence. Have never worked out how such an an absolute claim could be determined.

I think we can only hope to infer an answer, and it seems to me, that wanting to satisfy a sexual urge, and deciding the victims desires can be ignored, is definitely about power.

I’m very, very sorry this happened to you.

Did you sever ties with with your family?

As a JW, I remember the ole “but who does the scientist represent?”

Worked when I was a religitard.

So, where did the scientist come from? A much higher form of “intelligence” (hahahaha) didn’t apparently “need” a designer, but a few “life blocks” do?

Not only that, but they still don’t have evidence of a “higher being” mixing shit together (uh, like dust and “breath of life”

Jesus fuckin’Christ- abuse is way too common. I never trusted anyone around the boys when they were younger- watched them like a hawk. Didn’t accuse, just didn’t trust - didn’t think the worst of them

just didn’t trust that I knew their motives were always positive.

I am sorry boomer that you had that experience in life. Sucks shit.

Did you sever ties with with your family?

No, except fort a period of 4 years while I was married. But that’s a whole other story.

After I left home, I continued to visit to se my mother. My father died in 2006. I had confronted him about the way he treated me and two of my three siblings. He simply denied it. I think he may have forgotten. I do not posses a single photo of my father.

I think we can only hope to infer an answer, and it seems to me, that wanting to satisfy a sexual urge, and deciding the victims desires can be ignored, is definitely about power.

I agree that is probably usually the case. In retrospect, that certainly seems to have been the case in my experiences.

Of course all this is irrelevant to the child.

Jesus fuckin’Christ- abuse is way too common. I never trusted anyone around the boys when they were younger- watched them like a hawk.

Many years ago the wife and I befriended a single mother of two, who lived in the same building. One afternoon the daughter and son, each about 10 and 8 respectively, came over because mommy wasn’t home. After about 20 minutes I went into the bedroom to watch some sports on the bedroom TV. About five minutes later the 8 year old boy wandered in and started a conversation. After about two minutes of talking the light bulb went off in my head … a 40 year old man alone in a bedroom with an 8 year old boy.

Let’s just say we quickly repaired into the living room with the others.

Thank you very much.