All religion is evil

When it comes to “karma”, it we applied the same standards, we are also guilty of the same.

yes mate, its called critical thinking…after a few years here I still am awestruck by those who do not possess that simple attribute.

We humans have a tendency to “count the hits and ignore the misses”. Many of us atheists use that argument in debating such topics as the veracity of prayer.

But of course, whenever studies indicate that prayers are…uhm…inefficient, religious apologists invoke the no true scotsman fallacy - “Religious objections also include the complaint that as prayer starts to be measured, it is no longer real prayer once it gets involved in an experiment and that the concept of conducting prayer experiments reflects a misunderstanding of the purpose of prayer.”

Careful mate, that’s an affirming claim. Of course you can prove your claim?

@boomer47 Can you prove to me, that ther is some sort of system, where the good are rewarded and the bad are punished? Because I have not seen one inkling of such a supernatural system, that the eastern religions, including Buddhism, talks about. Some sort of “cosmic Santa Claus”, if you will.

All I see is reality: the good suffer and dye young; while those who commit evil, end up living a long and prosperous life at the expense of others. That is proof that the whole notion of karma is nonsense!

If karma did exist, then I would say it is a VERY inefficient and untrustworthy system.

I agree of course, though I would assert it’s a vile idea, that every tragic or unfortunate affliction people experience is somehow deserved.

@Sheldon I agree. For me, I don’t care what they did in their past, including their past lifetimes, which is the “cause” of their present suffering. All I am interested in, as far as I am concerned, is to alleviate their suffering, in whatever helpful manner that I can. The whole notion of karma is just horrible.

The use of that word… I have found some use it in place of “consequences resulting from actions” and others, a way of disparaging people who are in dire circumstances or a pat on their back for their own fortunate circumstances.

Sadly, again, just a way of rejecting personal responsibility or outcomes or societal injustices via “invisible forces of past soul decisions/actions”

@Whitefire13 This PRECISELY the explanation for the whole “caste system” nonsense, in India!

It is my opinion that the OP’s view is quite natural, as are those opposing it.

There are different phases of the journey out of a belief in God and it is natural to be angry on your way out because it is natural to feel manipulated. And yes… even if unintended, all of us who were raised in one religion or another were manipulated. Our parents and other elders used their status and higher authority to teach us lies. Did they know they were lying though? No, they did not; for they themselves, they too were also deceived.

religions often survive by passing down these deceptions to future generations the same way that we pass down Santa Clause and the Easter Bunny; both also examples of religion because paganism is a religion too. And I don’t know if you have had the pleasure of meeting any pagans but from the little experience I’ve had they are very nice people.

All religions are not about control just as all tribes of people are not about world domination. But some are. And therefore some religions are too. Because those religions, just like tribes, kindreds, people, are not “good or evil”. So any time you have enough people, let’s say a school or even a hospital, you’re always going to have people whose desire for power will corrupt them. Blaming this corruption on religion may be natural but it isn’t the whole truth. The heart of many religions deal with the central question of corruption (or “sin”).

So the more one matures as an atheist, and gets away from the hurt feelings of being manipulated by deception, the more we also come to the natural position of acceptance; maybe even with a side of tolerance. But what we should neither accept or tolerate is the deception itself and those who are corrupt and twist any religion to their own advantage, against those who innocently believe. But what we shouldn’t do, is fight amongst ourselves the same way that religious people do, because they cannot tolerate each other’s differences.

There are different phases of the journey out of a belief in God and it is natural to be angry on your way out because it is natural to feel manipulated. And yes… even if unintended, all of us who were raised in one religion or another were manipulated. Our parents and other elders used their status and higher authority to teach us lies. Did they know they were lying though? No, they did not; for they themselves, they too were also deceived.

@ZealotX This is both my experience, as wells as my recent realization. You hit the nail on the head!

After I realized this, as well as I realized our human nature, natural need for a social group that we can feel connected to and on the same page with… which is what keeps a lot of people in religion, its not necessarily for the beliefs but for the connections with other like-minded people, I too found a religion for my own “soul”; but one where I can freely be as anti-God as I feel. And the reality is that every religion on earth doesn’t feature a belief in God. This is an easy assumption to make, but it’s incorrect.

And I think in the very beginning of the idea, the first people who created religion and the concept of gods, weren’t “prophets” or people who necessarily thought any god was speaking to them. Rather, I “believe” (imho) that it was people who were using “gods” as constructs… symbols for aspects of nature, primal forces that they lacked the science to fully explain. And this is how the “god of the gaps” began to emerge and over time the idea solidified in some people who were ignorant of the original, and the way that “gods” were used in scientific education and (ancient) philosophical academia, so that they began to take the notion of gods literally. And that’s where the mistake is. And now main stream society can no longer separate the idea of “gods” from the original understanding; non-literal, figurative, metaphoric, “spiritual”. Their version of “spiritual” doesn’t even register as such because their ego is constantly looking for personal salvation from death. And in reality, the real “plan of salvation™” was not salvation from death but from corruption (sin). The true enemy of mankind was mankind itself and our desire to survive at the expense of others.

though I would assert it’s a vile idea, that every tragic or unfortunate affliction people experience is somehow deserved.

Indeed. Even worse than the Victorian notion of the undeserving poor.

Karma utterly reinforces the status quo. (including the caste system, which is till very much alive) Everyone is born into the life they deserve due to their behaviour in a past life.:

Traditionally, caste is said to have begun India when the Aryans arrived, ca 1500 bce. Capitalism isn’t the most evil system by far.

Indeed. Even worse than the Victorian notion of the undeserving poor.

Many religions have been guilty of this of course. Once the authority if a church or religions was established, they wasted little energy in dismantling political systems that protected their authority, or permitted it.

The Russian orthodox church formed an alliance with Stalin to fight fascism, as if it was the most natural thing in the world.

Then there was the Reichskonkordat (“Concordat between the Holy See and the German Reich”). A treaty negotiated between the Vatican and the emergent Nazi Germany .

There is the vile caste system in Hinduism, of the untouchables.

Then there was the Reichskonkordat (“Concordat between the Holy See and the German Reich”). A treaty negotiated between the Vatican and the emergent Nazi Germany .

Goes back further than that.

The Lateran Treaty and associated pacts were signed by the Vatican and the then Prime Minister of Italy, the fascist Mussolini, in 1929. The Vatican was then declared a state. The Vatican remains a de facto state today. It is a member of the UN, but has no voting rights. It sits on several important committees

There’s evidence of high ranking German clerics supporting the Nazis . Being anti communist was a huge deal. Although strictly anti religion, Hitler was a nominal catholic, and he took on that guise whenever it suited him

It’s Abrahamic Religions specifically that are evil. Not all religions use GUILT and FEAR! But with no religion, you can’t define evil

@Socialdarwin You have this habit of grouping people, something I object to. But it also lays you open to criticism.

I was raised in the United Church of Canada, a very moderate and inclusive protestant sect. The fear and guilt aspect was not pushed, and as kid I never felt that pressure. They pushed jesus’s message of love and all that crap instead. 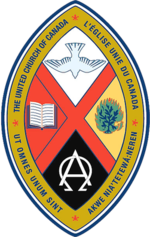 Once again, your statement is incorrect.

I’m on tenterhooks as I wait for you to demonstrate the accuracy of your claim.

Yet another unfounded claim. Be fascinated to learn how you define evil, and of course, it’s antithesis, good.

Speaking for myself, a moral relativist, I’m unconvinced that evil can even be defined in any generalised, absolute way. I’m ready to be corrected though. Have at it.

I’m pretty tired of your relentless assertions. Evil is a subjective concept for a start. It’s just a word we assign to behaviours or actions we perceive to be extremely bad or wicked.

Not all religions use GUILT and FEAR!

Another vapid, generic platitude, so devoid of a point it’s pretty meaningless.

A baffling full stop in the middle of a sentence, followed by yet another demonstrably erroneous claim.

Your posts don’t disappoint, fair play. Are you remotely capable of engaging in honest debate?

My my a preachy pagan…

b**:** arising from actual or imputed bad character or conducta person of evil reputation

b**:** causing discomfort or repulsion an evil odor

c**:** [DISAGREEABLE] woke late and in an evil temper

I personally consider Evil to be an act of moral misjudgment, the likes of which I would have never considered engaging in myslef.

I consider “evil” to be a lack of empathy with a full focus on self-interest (selfishness) satisfaction that has an action that causes irreparable harm.

With absolutely no exposure to religion of any kind (which is very difficult to clear your mind of conventional influence) - is killing someone wrong? Why is it wrong? Scientifically it makes since right being the world is overpopulated, etc. what if that person is worthless and constantly causing pain to others? Logically, we’re better off without that person? Should we pay to keep them locked up forever? Would you kill a dog that constantly hurt people?
Another: why should we help starving people in other countries? We didn’t cause that! And you sometimes just prolong their suffering by feeding them because they become dependent, breed more kids and it’s an infinite cycle of despair.
I think I could go on with sexual deviance, etc etc. it’s really hard to clear your mind of traditional imprint. It’s really hard to say you are not influenced by religion because no one on earth is totally clear minded